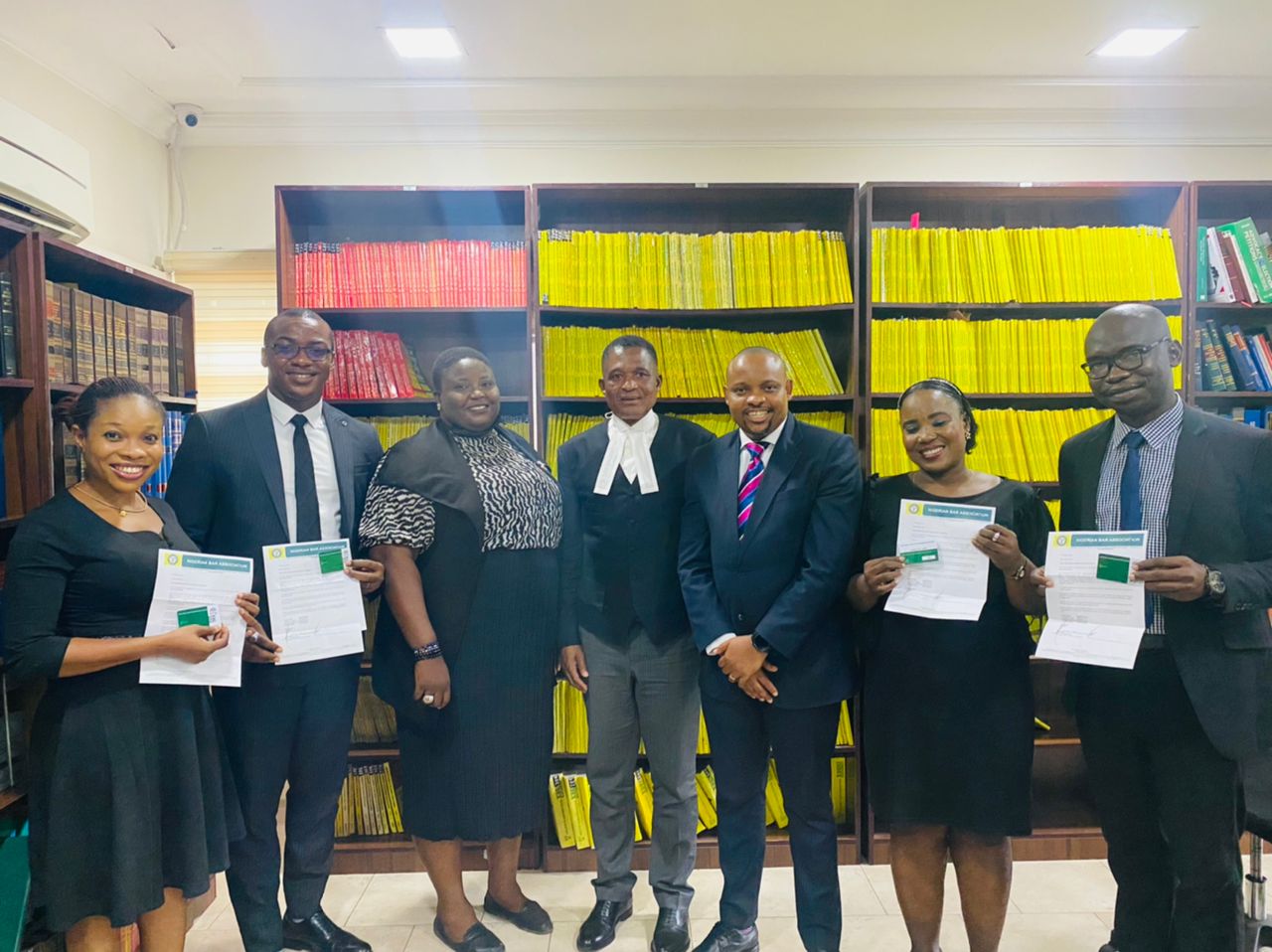 In furtherance of the NBA-NHIS Health Insurance Scheme flagship event at the Garki Hospital Abuja on the 22nd of February, 2022, members of the NBA Lagos Branch who benefited from the Health Insurance Pilot Scheme received their access cards on the 9th of March, 2022 at the Law office of Emeka Ozoani SAN & Co.

The Chairman also urged NBA Lagos members to enroll themselves, their families, and colleagues in the NBA-NHIS Health Insurance Scheme (Group, Individual, and Family Social Health Insurance Program) for quality health care coverage that includes, but is not limited to, general consultations, specialist consultations, bio/scientific consultations, surgery, and other services for a fee of Fifteen Thousand Naira (N15,000).

Mr Emeka Ozoani SAN, the alternate Chairman of the NBA Welfare Committee noted that the meeting was to formerly hand over the access cards to the beneficiaries of the NHIS. He noted that the scheme covers tertiary, secondary and primary health care.

NBA-NHIS is a Group, Individual and Family Social Health Insurance Program available to all members of the Nigerian Bar Association. For a member of the NBA to qualify, he/she must have paid his Bar Practicing Fees and branch dues on or before 31st March of the year of registration.

The NBA subsidized a pilot scheme of 1000 members of the NBA by paying N15,000 per person. For every other person that may be interested, he/she has to pay the sum of N15,000 and all payments should be made into an NBA designated account.The coverage entails treatments for primary, secondary and some aspects of tertiary cases (surgeries).

Enrollees can only pay 10% of the cost of listed drugs. The full regime of treatment is explained more in the pamphlet ‘Introduction to the benefits of GIFSHIP.