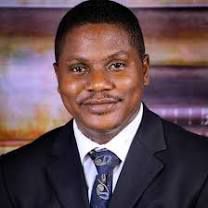 Every year, for as long as I can remember coming back to Nigeria, the NBA Lagos Branch has hosted a Law Dinner for it’s members.

While this tradition may have been instituted for a reason that seemed noble and in keeping with the ethos of the profession, it has in my view become insignificant and totally unnecessary in the current state of our economic and judicial conditions.

In 2019, I was informed that the Branch spent some 30 million Naira, I wrote about it but it seemed that it’s leaders didn’t get it. How can you spend that much on a 4 hour event?. I was shocked and decided to do the math… Divided 30 million by maybe just 250 attendees in a 4 hour period… How much did each person spend per hour?…. 30k per hour is your answer! what was the probative value of the money spent? Zero

It was very disheartening to note that the same branch cannot even raise substantial funds to enable it’s members to respond to human rights violations and most of its committees that work to implement the core function of the NBA constitution do not have the funds to operate effectively.

Makes me wonder what all those big and influencial lawyers in the Lagos Branch stand for.

The NBA Lagos Branch is actually the largest in Nigeria but unfortunately one of the most irrelevant in terms of standing for Justice and the promotion of the Rule of Law. (My Opinion)

I wonder what an over 8 thousand member Branch is doing in the midst of all the human rights abuses and the dwindling standards within the legal profession. It has become a joke really!

Is the NBA about dinners and a billion naira annual conference? I will argue that it isn’t. It pains me when the same NBA looks to other CSOs to sponsor it’s human rights activities when it spends millions on a meal in a few hours.

There are some traditions that we must review and simply stop engaging in.

But which leader will have the foresight and the guts to stop the stomach infrastructure concept and use the NBA Brand to make a difference.

My Challenge to the current leaders is to stop these wasteful spending and rebrand. Eating dinners is not what we want to be doing in the Nigeria we are in today.