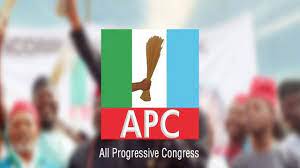 The All Progressives Congress (APC) has named 19 new committees to oversee relevant structures of its activities for its forthcoming National Convention.

Initially slated for February 26, the leadership of Nigeria’s ruling party, after a closed-door meeting on Monday, announced March 26 as the new date for the much-anticipated convention.

The decision came the same day a letter written by the party leadership to the Independent National Electoral Commission (INEC) to inform the latter about its zonal congresses.

However, the APC, in a document shared with journalists late Sunday night, gave comprehensive details of members of the team and their roles.

From its Central Planning Committee made of the party’s 12 interim executives down to the 20th committee, a total of 710 persons have been appointed to serve in various committees.

With the exception of the seven-members Support Committee chaired by Abdullahi Garba, all other committees are chaired by some of the party’s governors, key officers of the National Assembly and a serving minister.

While the Accreditation Committee led by the Deputy Senate President, Ovie Omo-Agege, has 41-members, the other 17 committees are made up of 40 persons, including their chairman and secretary.

The Kwara State Governor, AbdulRahaman AbdulRazaq, was appointed to chair the Screening Committee while Emmanuel Emeka will serve as Secretary.

The Screening Appeal Committee is headed by the governor of Imo State, Hope Uzodinma, and Shuaibu Aruwa as Secretary.

Governor Dapo Abiodun of Ogun State is to chair the Election Committee while Governor Aminu Masari of Katsina State will serve as Election Appeal Committee chairman.

The Attorney General of the Federation, Abubakar Malami, will lead the Legal Committee as the governor of Zamfara, Bello Matawalle, heads the Accommodation Committee.

Other committees are Media/Publicity with Lagos State governor, Babajide Sanwo-Olu as chairman, Governor Yahaya Bello of Kogi State heads the Security/Protocol Committee while Entertainment/Welfare Committee has Deputy Speaker Idris Wase as chairman and the Medical Sub-committee is headed by Governor Ben Ayade of Cross Rivers State.

Gombe State Governor, Inuwa Yahaya, and Governor Badaru Abubakar of Jigawa State will oversee the Budget Committee and Finance Committee respectively while the accreditation of Volunteers/Diplomats/Observers will be chaired by Minister of Foreign Affairs, Geoffery Onyeama.

For unknown reasons, to reporters, the copy of the documents shared on the party’s platform on Sunday night has been deleted.

The document was signed by the interim secretary of the party, John Akpanudoedehe, and the date for the inauguration was not mentioned in the document.