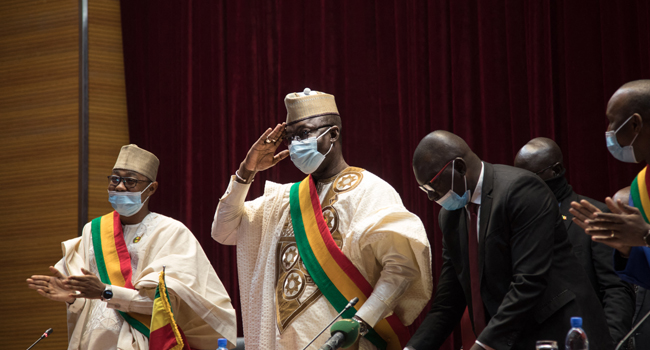 Mali’s lawmakers on Monday approved a plan allowing the military junta to rule for up to five years, AFP journalists said, despite regional sanctions imposed on the country over delayed elections.

After staging a coup in the impoverished Sahel state in August 2020, the country’s military rulers initially promised to stage a vote in February 2022.

But in December last year, the junta proposed staying in power for between six months and five years, citing security concerns.

In response, the Economic Community of West African States (ECOWAS) last month imposed a trade embargo and closed its borders with Mali. The bloc has called the potential length of the transition unacceptable.

On Monday, 120 members of Mali’s 121-seat interim parliament voted to allow the junta to govern for up to five years, in line with the earlier junta proposal.

No lawmakers in the army-dominated legislature voted against the bill or abstained, AFP journalists present said.

The bill does not mention on what date a future election might be held.

Mali’s strongman Colonel Assimi Goita has pledged to restore civilian rule, but he has refused to commit to a date.

Tensions with the junta contributed to France’s announcement last week that it was withdrawing its troops from Mali which are deployed under the anti-jihadist Barkhane force in the Sahel.

The landlocked nation of 21 million people has struggled to contain a brutal jihadist insurgency that emerged in 2012, before spreading three years later to neighbouring Burkina Faso and Niger.

Across the region, thousands of soldiers and civilians have been killed and two million people have been displaced by the conflict, of which Mali remains the epicentre.