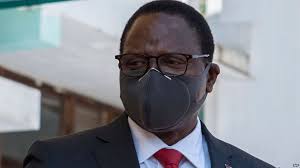 Malawi’s President Lazarus Chakwera has responded to criticism over his daughter, Violet, being appointed to a position at Malawi’s High Commission in London.

He has been accused of nepotism, but he told the BBC that her appointment as first secretary responsible for investments had nothing to do with him.

“I never got involved in the process,” he said.

He added that out of his four children she is the only one to hold an official position.

He suggested that the complaints over the appointment were being pushed for political reasons.

Lamido Demands Scrap Of Zoning Arrangement Ahead Of 2023 Elections