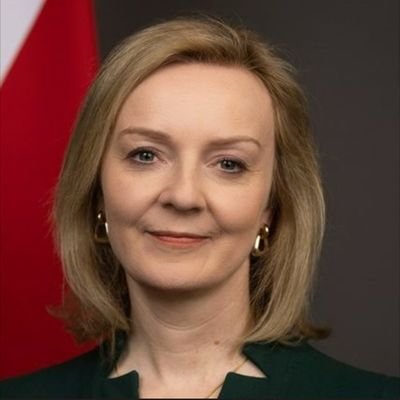 Liz Truss has pulled plans to enact a new bill of rights in one of her first acts as prime minister.

The bill was the flagship policy of the outgoing justice secretary, Dominic Raab, who was dismissed by Truss on Tuesday after backing her rival Rishi Sunak in the Conservative leadership election.

The sudden disappearance of the bill will raise questions over how the government intends to proceed with its Rwanda deportation policy, which is in limbo after the European court of human rights (ECHR) issued last-minute injunctions to prevent asylum seekers being sent there.

The bill – which was in the Conservative manifesto – would have given legal supremacy to the UK supreme court and make it explicit that UK courts can disregard rulings from the ECHR. Critics had argued it would not materially affect the UK’s relationship to the European court and was unlikely to lead to a resolution to the current impasse.

Ministers are understood to be deeply concerned about the overall drafting of the bill, which was due to have its second reading on Monday.

There were also advanced plans for amendments to the bill by opposition MPs, including one on expanding abortion rights from the Labour MP Stella Creasy that would have necessitated a free vote on a conscience issue.

The legislation was introduced to parliament in June to replace the 1998 Human Rights Act, with a number of changes including an intent to entrench the primacy of British law over rulings from the ECHR. It would also place new restrictions on how human rights can be used in claims against the government. Raab had pledged it would cement in law greater freedom of the press and freedom of expression.

A Whitehall source said the bill was now “unlikely to progress in its current form” and that there was a widespread review on the most “effective means to deliver objectives through legislative agenda”. Another said there were issues with the drafting, describing it as a “complete mess”.

Ministers will need to devise a new legal route to force through the Rwanda policy – which Truss has said she is committed to keeping. Her new home secretary, Suella Braverman, a previous Tory leadership candidate, pledged during her campaign that she would take Britain out of the ECHR.

Rajiv Shah, a former member of Boris Johnson’s policy unit who had worked on the bill, said there had been a number of significant problems with the legislation.

“There is nothing that we can do on the domestic level to change the fact that we are bound by Strasbourg. The proposed bill of rights cannot do that. The only way to do so is to leave the ECHR,” he tweeted. “This bill would have been a political nightmare for the government. It would have overpromised and underdelivered, the parliamentary passage would have been hell, and it would lead to very few gains for the government.

“Furthermore, it would mean that we would own it. When the deportation of a foreign national offender gets blocked it would no longer have because of ‘Labour’s Human Rights Act’ but instead it would be because of the ‘Tories bill of rights’.”

“To Liz Truss’s credit, it looks like she wants to focus on effective reforms and so has wisely chosen to drop this bill even if it might cause a backlash from the right of the party.”

We believe everyone deserves access to information that’s grounded in science and truth, and analysis rooted in authority and integrity. That’s why we made a different choice: to keep our reporting open for all readers, regardless of where they live or what they can afford to pay. This means more people can be better informed, united, and inspired to take meaningful action.

In these perilous times, a truth-seeking global news organisation like the Guardian is essential. We have no shareholders or billionaire owner, meaning our journalism is free from commercial and political influence – this makes us different. When it’s never been more important, our independence allows us to fearlessly investigate, challenge and expose those in power. Support the Guardian from as little as $1 – it only takes a minute. If you can, please consider supporting us with a regular amount each month. Thank you.