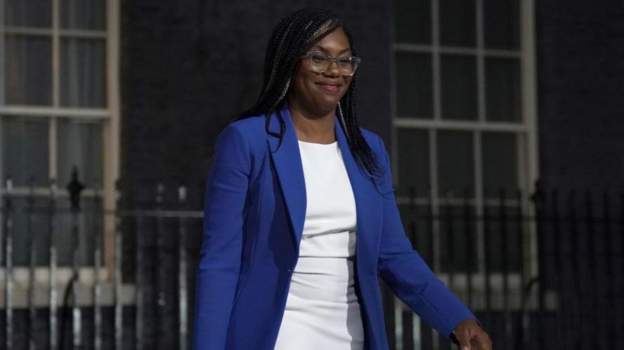 She had surprised many by reaching the last four in the leadership contest.

A former minister in the Department for Levelling Up, Housing and Communities and Equalities Minister, she did not endorse any of her rivals in the leadership race.

Badenoch, who has been outspoken on issues such as gender-neutral toilets which she opposes, stood on an “anti-woke” platform and argued for the state to be slimmed down.

The former software engineer worked in banking and later as a director of the Spectator magazine before being elected to the London Assembly.

She entered the Commons as MP for Saffron Walden in 2017, and lists her interests as including engineering and technology, social mobility and integration.

Badenoch, whose maiden name is Olukemi Olufunto Adegoke was born in Wimbledon, London, on 2 January, 1980 to Nigerian parents.

She is the daughter of Femi Adegboke and Feyi Adegoke who are of Nigerian origin. Her father was a GP and her mother is a professor of physiology. Badenoch’s childhood included living in Lagos, Nigeria and in the United States, where her mother lectured.

She has a brother named Fola and a sister called Lola. She returned to the UK at the age of 16 to live with a friend of her mother’s owing to the deteriorating political and economic situation in Nigeria which had affected her family.

Although a British citizen and born in the UK, Badenoch stated that she was “to all intents and purposes a first-generation immigrant” during her parliamentary maiden speech.