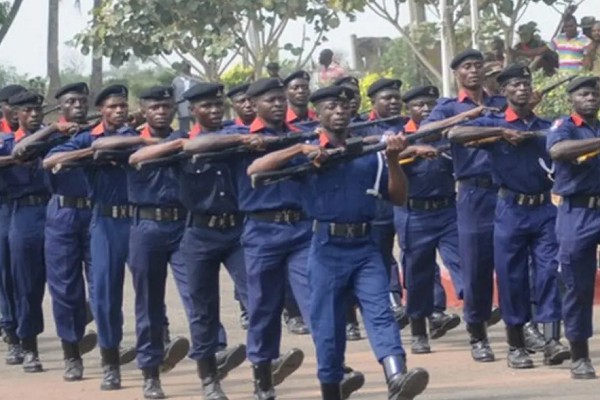 The Federal Government has ordered the immediate dissolution of the anti-vandal unit of the Nigerian Security and Civil Defence Corps (NSCDC) across the country.

According to the government, the dissolution was due to the uninspiring performance of the unit in the past few months and the need to sanitise and bring fresh ideas and perspectives to the operations of the unit.

The Commandant-General of the NSCDC, Dr Ahmed Audi, announced the dissolution shortly before a meeting with 36 States Commandants and the FCT Commandant as well as top Management Members of the Corps at its headquarters in Abuja.

He said the Minister of Interior, Ogbeni Rauf Aregbesola, approved the dissolution of the unit, adding that all unapproved roadblocks mounted by NSCDC personnel across the country are also dissolved with immediate effect.

Audi explained that following unprecedented reports of crude oil thefts, vandalism of critical national infrastructures, and collusion of some personnel with criminals, the government had come to the inevitable conclusion that the present Anti Vandal Unit cannot deliver on its mandate.

He said while a comprehensive investigation and probe of the activities of its personnel allegedly involved in collusion and collaboration with criminals are ongoing, the Corps would leave no stone unturned to bring perpetrators of illegality amongst its ranks to book.

Audi, who interacted briefly with newsmen before proceeding with the meeting with the States Commandants, assured that personnel who were found wanting at the end of the ongoing probe would be punished appropriately.

He said the government cannot continue to watch the resources of the country being depleted by criminals, while those charged with the responsibility of protecting them watch helplessly or collude with the criminals.

The NSCDC boss also said the viral video of its personnel seen extorting money from innocent Nigerians was being investigated while promising that those involved would be punished in accordance with the law of the land.