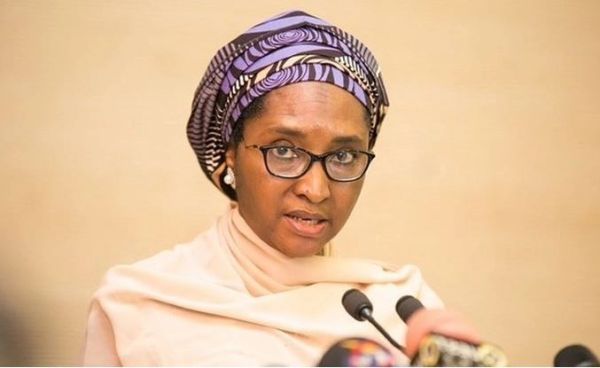 Nigeria’s Minister of Finance, Budget, and National Planning, Zainab Ahmed, has been questioned by the Senate Committee on Appropriations on suspected insertions in the 2023 budgetary provisions of various MDAs.

In her remarks at a budget defense meeting with the Senate Committee on Special Duties, the Minister stated that she and her government were not responsible for the inclusion.

Senator Elisha Abbo, a committee member, had questioned Farouq about the N206 billion that the ministry planned to borrow from the budget.

He said, “In 2023, you intend to borrow N206 billion for some projects. What are the projects to be implemented and are they captured in the Medium-Term Expenditure Framework?”

Responding, Sadiya Farouq said her ministry was surprised that the fund meant to implement projects for the North East Development Commission (NEDC) was inserted in the budget after a similar request in 2022 was not released.

She said: “We are also going to clarify from the ministry of finance to know why this increase in spite of the fact that the previous year, the money was not even released for the projects. So, we will get the details, then send it to you.”

It was gathered that the Ministries of Defence, Power and National Universities Commission had also said some line items running into billions of naira were inserted into their budgets without their knowledge.

Speaking at a session with Senators on Monday, the Minister of Finance, Ahmed said the various sums some heads of agencies feigned ignorance were approved by the Federal Executive Council before the budget presentation by President Muhammadu Buhari to the National Assembly.

She said: “Most of these sums are bilateral or multilateral loans captured in the budget of agencies selected for projects execution for sole purpose of transparency.

“The totality of such loans captured in the proposed budget of the relevant agencies is N1.771trn.”

Reacting, the chairman of the committee, Senator Jibrin Barau, said the clarifications made by the minister were well understood.

He commended her for ensuring transparency with capturing of such loans or grants in the budget.

Court Strikes Out Suits Seeking To Sack Accord guber Candidate, Others In Rivers