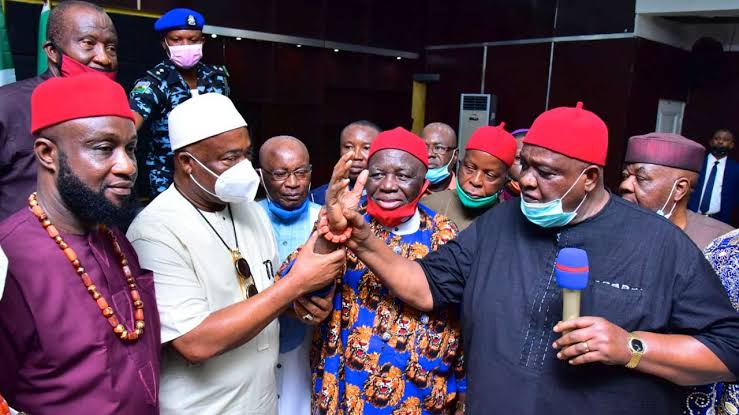 The apex Igbo socio-cultural group, Ohanaeze Ndigbo Worldwide, has said that an Igbo presidency in 2023 will end the security challenges confronting the country.

This was contained in a statement signed by its Secretary-General, Mazi Okechukwu Isiguzoro, and made available to journalists on Friday in Kaduna, Ohanaeze Ndigbo consoled the victims of Kaduna train attack, adding that Nigerian would emerge a peaceful nation in 2023 with an Igbo presidency.

“We console Nigerians and President Buhari-led government on the demise of the victims of the Abuja-Kaduna train, the politicised attacks on the train should be discouraged.

“We applaud the Minister of Transport for his bravery and heroism exhibited in the line of duty to calm the nerves of families and friends who lost the lives of their beloved ones in that ill-fated Abuja – kaduna train,” it said.

The group also cautioned a group by the name Kaduna Community for Social Justice over its attack on the Minister of Transportation, Hon. Rotimi Amaechi, on the train attack.

“Chibuike Amaechi is only a minister of the federal republic not security personnel, but we know that the an Igbo man as president will end up with northern security challenges in the north by 2023,” it noted.

Mazi Isiguzoro blamed the leadership of the North for allowing insecurity to escalate in the region.

He added, “Ndigbo are proud to announce that Amaechi is one of the leading lights of the Igbo Nation.”