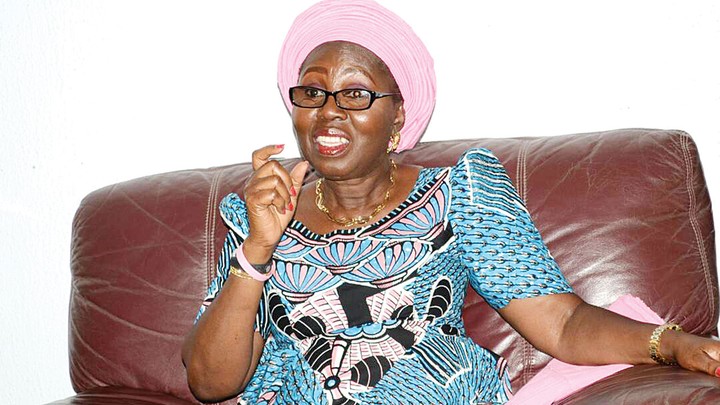 Anyanwu-Akeredolu, fondly called Ada Owerri, which is her traditional chieftaincy title, made the declaration, yesterday, while addressing members of the Correspondents’ Chapel of the Imo State Council of the Nigeria Union of Journalists (NUJ) in Owerri.

According to her, her aspiration to represent his pre-marital zone in the Senate was gingered by the need to address the gross under-development and infrastructural deficit in her maiden home of Emeabiam in Owerri West local council and the other eight local councils that make up the zone.

She regretted that successive administration had neglected the zone, commending the Niger Delta Development Commission (NDDC) for approving the construction of a five-kilometre road in her area.

Her words: “I am running for Senate to represent Imo East Senatorial Zone. There is nothing wrong in that other than to change the narratives of power in the zone.

I will go there to make sure that life is made easier. “Owerri people have acknowledged my importance. When it comes to infrastructural facilities, I am reaching out to everyone. I am a daughter from Owerri that is coming back to fix the community. I have structure in Imo.”

Asked the political party she would run on its platform, Anyanwu-Akeredolu said: “I am the wife of an All Progressives Congress (APC) sitting governor. Where else will I be? APC is the party. If you want to be a good party person, whatever your party arrives at, you have to abide by it,” she added.

She maintained that since her 40 years of marriage (since 1980) in Ondo State, she has ensured good relationship between Imo and Ondo states via constant visits to Imo State every December and other festive periods except when she undertook a two-year study abroad.