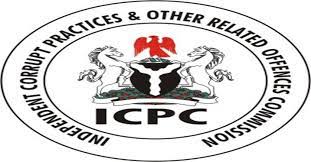 The Independent Corrupt Practices and Other Related Offences Commission (ICPC) on Thursday said it has secured the conviction of Alhassan Yahaya Bagudu, a former Chairman of Kaiama Local Government Area of Kwara State.

The conviction came through a High Court in Ilorin, Kwara State, presided over by Justice M. AbdulGarfa, who sentenced Bagudu to one-year imprisonment, with an option of a N100,000 fine, for making a false statement to an investigator.

Mrs. Azuka Ogugua Spokesperson, ICPC, who made the disclosure in a statement said that Bagudu was arraigned on a two-count charge bordering on making false statements to an investigator of the Commission.

According to her, Bagudu had pleaded not guilty when the charge was first read to him which set the tone for the trial.

“During the trial, ICPC Counsel, Peace Arocha and Golden Iwuagwu told the court how the former Local Government Chairman had purchased a used Toyota Prado Jeep for his official use at N13 million, whereas the approval was for a brand new jeep.

“The court also heard how Bagudu, in count two, claimed that the jeep was purchased by Quadrish Motors while knowing the same to be false thereby making a false statement to a constituted authority” Ogugua stated.

Part of the charge reads, “That you Alhassan Yahaya Bagudu (M) sometime in April 2018 or thereabout at Ilorin, Kwara State did knowingly made false statement to Adamu Lere Murtala, an investigating officer of the Independent Corrupt Practices and Other Related Offences Commission in the exercise of his duties as an investigator when you asserted that the Toyota Prado jeep that was bought for your office as the Chairman of Kaiama Local Government was supplied by Quadrish Motors when in actual fact the Toyota Prado jeep was not supplied by Quadrish Motors……”

The court was told that the action of the former chairman was in contravention of Section 25 (1) (b) of the Corrupt Practices and Other Related Offences Act 2000 and punishable under the same Section.