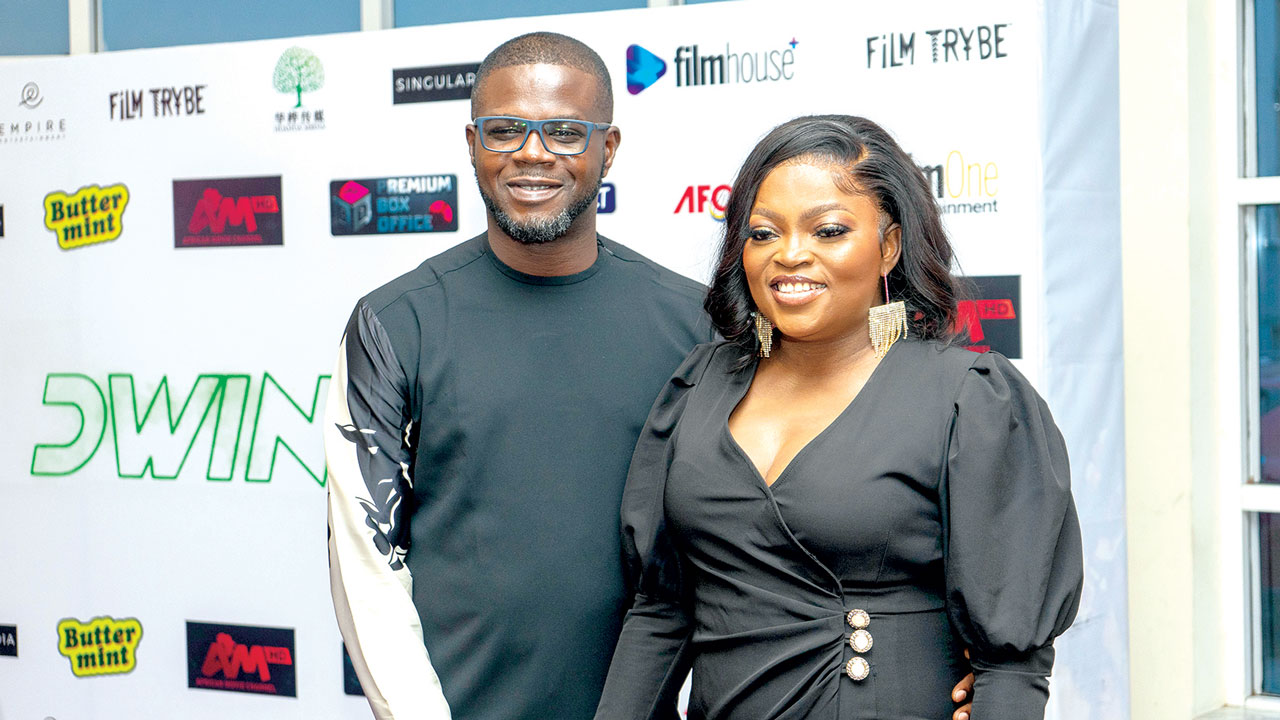 The Federal High Court, Lagos has struck out a suit seeking to set aside the conviction of a popular actress, Funke Akindele, alias Jenifa, her husband, Abdu Rasheed Bello, and 236 others, who were prosecuted for violating the state’s 2020 lockdown and social distancing order to check the spread of COVID-19.

Justice Akintayo Aluko held that the suit disclosed no reasonable cause of action and was also incompetent.

Akindele and her husband were convicted on April 6, 2020, by the Lagos State Magistrates’ Court in Ogba, days after they held a crowded house birthday party contrary to Lagos State’s social distancing order.

But a Lagos-based lawyer, Olukoya Ogungbeje, approached the court, challenging the legality of the Lagos State Infectious Diseases (Emergency Prevention) Regulations 2020 pursuant to which, Akindele, her husband and 236 other residents were convicted and sentenced.

Ogungbeje also sought, among others, an order compelling the respondents jointly and severally to tender a public apology in three widely read newspaper publications to persons/Nigerians arrested, arraigned, tried, convicted and sentenced.

But the Lagos State Government and the AG opposed him through their counsel, a Deputy Director, Lagos State Ministry of Justice, Mr. Adebayo Haroun.

The 1st and 2nd Respondents filed a notice of preliminary objection against the suit on July 10, 2020.

According to them, Section 8 of the Quarantine Act, 2004 allows the governor to make the regulations where the President had not made such regulations.

They contended that the Regulation was made for public safety, public good and protection, which is larger and far greater than that of an individual such as the applicant.

In his judgment delivered on June 2, 2022, the court agreed in part with the government.

Justice Aluko observed that the regulations disclosed in its preamble that the governor made the regulations by virtue of powers conferred on him by the Lagos State Public Health Law of Lagos State, 2015 and in particular section 8 of the Quarantine Act and that Sections 8 provides that if regulations under section 4 of the Act was not made by the President, power to make such regulations may be exercised by the governor in respect of his state.

He held: “This means that the regulations made by the governor on the 27/3/2020 are valid within the context of section 8 of the Quarantine Act having been made at a time when the president had not made his own regulations.

“The Lagos State Infectious Disease (Emergency Prevention) Regulations, 2020 is, therefore, a subsidiary legislation validly made pursuant to section 8 of the Quarantine Act.”

“It is of note that section 5 of the Quarantine Act provides for penalties or punishment against any person who contravenes provisions of the regulations made under the Act.”

While commending Ogungbeje for “seeking to protect citizens’ rights from violations”, the judge noted that the suit had “no support of the law.”

Justice Aluko added: “In total, I hold that this suit has disclosed no reasonable cause of action against the respondents.

“The instant suit is incompetent and the court lacks jurisdiction to adjudicate over same. Accordingly, this suit is hereby struck out for those reasons,” he declared.