FAAN Apologises To Passengers Over Power Outage At Lagos Airport 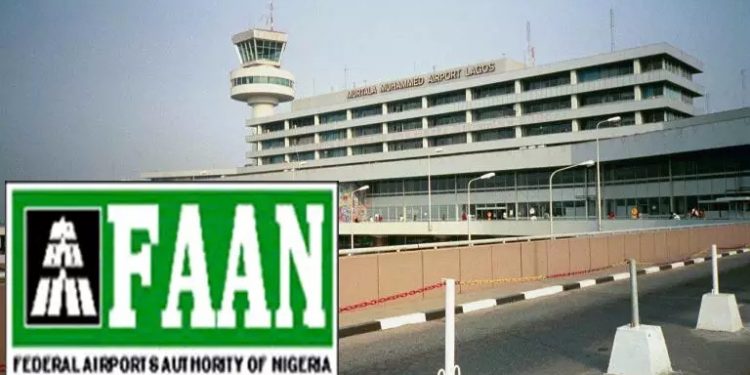 The Federal Airports Authority of Nigeria (FAAN) has apologised over the power outage at the Murtala Muhammed International Airport, Lagos.

The apology was contained in a statement by FAAN’s acting General Manager, Corporate Affairs, Faithful Hope-Ivbaze.

The acting General Manager in the statement which was issued on Saturday said the outage was a result of the rainfall.

“The Federal Airports Authority of Nigeria (FAAN) wishes to apologise to passengers and other airport users that witnessed a temporary power outage at the Murtala Muhammed International Airport, Lagos, at about 2315hours yesterday, April 1, 2022.

“The outage, which was as a result of yesterday’s rain, that came with very fierce winds and storms, a natural occurrence, affected one of our feeders and consequently resulted in the temporary disruption of power supply at the D wing of the airport.

“However, our engineers quickly discovered the fault, and liaised with the Ejigbo duty/area control office of the Power Holding Company of Nigeria and together resolved the problem. Normalcy has since been restored at the affected area.”

The power outage at the airport on Friday night

Many passengers were stranded after a power outage hit a section of the Lagos airport on Friday night.

Many passengers shared videos on social media lamenting the situation.