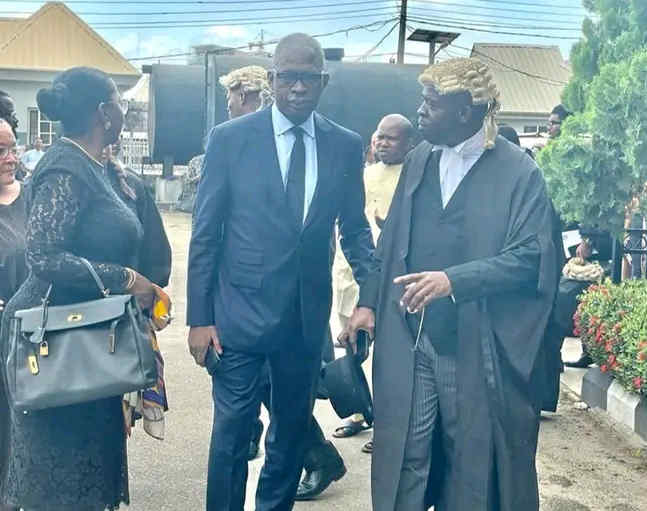 The Lagos Zonal Command of the EFCC, on Thursday, October 20, 2022, arraigned a former Attorney-General of Lagos State, Olasupo Shasore, SAN on a four-count charge bordering on money laundering to the tune of $100, 000(One Hundred Thousand Dollars) before Justice Chukwujekwu Aneke of the Federal High Court sitting in Ikoyi, Lagos.

Olasupo Shasore, SAN, on or about the 18th day of November, 2014 in Lagos, allegedly induced one Olufolakemi Adelore to commit an offence to wit; accepting cash payment of the sum of US100, 000.00 (One Hundred Thousand United States Dollars) without going through a financial institution, which sum exceeded the amount authorized by Law.

The offence is contrary to Section 78(c) of the Money Laundering (Prohibition) Act, 2011 (as amended) and punishable under section 16(6) of the same Act.

He pleaded “not guilty” to the charges.