Ex Governor Gets Presidential Pardon From Nigerian Council Of State 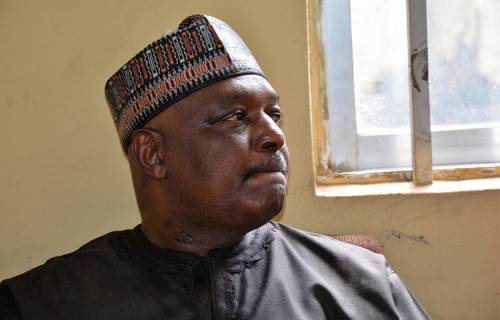 The Council of States after a meeting on Thursday in Abuja agreed to free former Taraba State governor, Rev Jolly Nyame, who has been serving a jail term at the Kuje prison for misappropriation of funds while he was in office.

“The Council of State today agreed to grant him pardon. They will now write to the Attorney-General of the Federation, Abubakar Malami, who will now ratify it and write to the prison to release him.

“It is a political move. It is a plot for the ruling party, All Progressives Congress, to win Taraba State in the next elections. Buhari lobbied other members of the Council of State to secure Nyame’s release,”

“It is just a formality from the AGF to release him once the Council already approved it. The Council considered that the amount Nyame was jailed for is not as big as what other politicians and former governors stole,” another source corroborated.

The Supreme Court had in February 2020 upheld the conviction and 12-year jail term given to Nyame, for misappropriation of funds while he was governor of Taraba State.

A five-member panel of the apex court, in a unanimous decision led by Justice Mary Odili, had said it found no reason to set aside concurrent judgements of both the trial court and the Court of Appeal, which found Mr Nyame guilty of misappropriation of funds.
Delivering the lead judgement, Justice Amina Augie, held that the appeal the former governor filed to challenge his conviction and sentence, lacked merit.

The apex court, however, held that the appellate court was wrong to have imposed fine against Nyame.

Justice Augie, therefore, affirmed the imposed jail term but freed the convicted Mr Nyame from paying fine for the crime he committed against the state, while he was a governor.

In May 2018, when Justice Adebukola Banjoko first sentenced Nyame to jail.