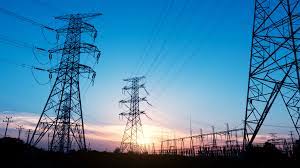 The Governors of the 36 states and the Minister of Power, Engr Abubakar D. Aliyu have faulted the Electricity Bill 2022 currently under consideration in the Senate.

The bill seeks to repeal and replace the Electric Power Sector Reform Act (EPSRA) 2005. Chairman of the Nigeria Governors’ Forum and Governor of Ekiti State, Kayode Fayemi, stated this in a letter addressed to the Chairman, Senate Committee on Power, Senator Gabriel Suswam.

The committee on Monday held a public hearing on the bill at the National Assembly, Abuja, where the governors said the draft law in its current version is unconstitutional as it seeks to re-establish a centrally controlled electricity sector; they also regretted exclusion from the hearing on a matter “guided by the provisions of the Concurrent Legislative List.”

Fayemi said, “While a single Electric Power Sector Reform Act may have been useful as a catalyst for the sector in the early years of the Fourth Republic, the states have all come of age, literally and metaphorically, and the arrangements must change in a way that accepts and respects the maturity of the states in electricity matters; a reality that this Senate’s Electricity Bill does not recognise and take account of but at best only pays the most cursory lip service.”

However, Aliyu said the supervisory powers of the minister in the existing EPSAR 2005 were unencumbered but had been diluted. “In the bill, these powers appear to be severely diluted as they are in several areas subject to prior consultation with the Nigerian Electricity Regulatory Commission (NERC),” he said.

At least four subsections of Sections 5 of the bill were of concern. “Any such limitation on the power of the minister has the potential to hinder efficient coordination of the ministry and its agencies, impede the ministers’ ability for accountability as it hinders seamless reporting to the president.

“It may also be a challenge to the president‘s mandate to direct and formulate government policies. Further, it has the unintended effect of subjugating the role of the minister to agencies under him on policy matters.

Earlier, the committee chairman, Senator Suswam, said since the EPSRA 2005 was no longer sufficient for post-privatisation exigencies, a comprehensive legal instrument as envisioned with Electricity Bill 2022 is very necessary.