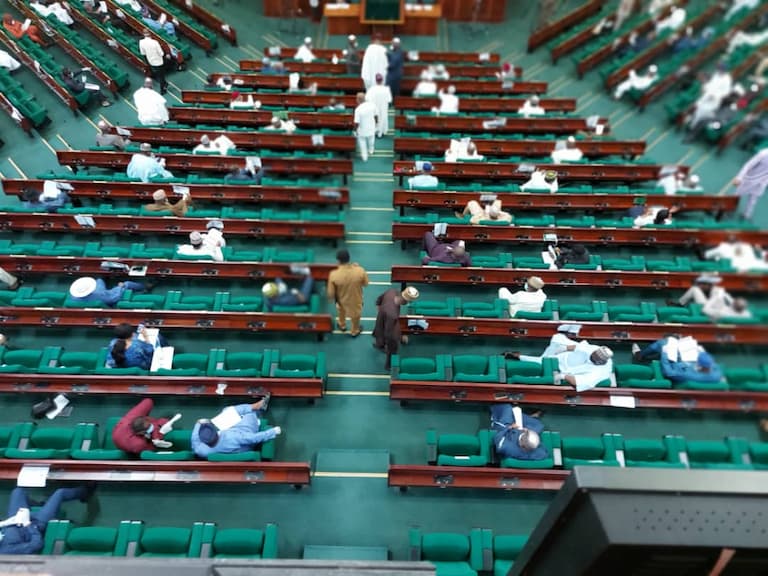 The National Assembly had on Monday transmitted the re-amended electoral bill to President Muhammadu Buhari for assent after addressing the reservations expressed on the previous amendments made to the electoral act.

The president had last year withheld his assent over the provision of direct primaries as the sole mode for political parties to select their candidates for elections. In the reworked bill, the lawmakers provided three options; direct, indirect and consensus. They also introduced two clauses, which have opened another round of power play.

The bill in Section 84(9) (a) provides that, “A political party that adopts a consensus candidate shall secure the written consent of all cleared aspirants for the position, indicating their voluntary withdrawal from the race and their endorsement of the consensus candidate.”

It goes further in paragraph (b) to say that, “Where a political party is unable to secure the written consent of all cleared aspirants for the purpose of a consensus candidate, it shall revert to the choice of direct or indirect primaries for the nomination of candidates for the aforesaid elective positions.”

The bill states in paragraph (c) that, “A special convention or nomination congress shall be held to ratify the choice of consensus candidates at designated centres at the national, state, senatorial, federal and state constituencies, as the case may be.”

The second contentious clause in the re-amended bill provides that all political office holders at the state and federal levels should resign before the primary election for any elective office they are seeking.

Why some govs are not comfortable

Some sources with knowledge of happenings at the Villa and the National Assembly told one of our correspondents that some of the 36 state governors saw the ‘improved electoral act’ submitted to President Buhari as a booby trap set up by legislators to whittle down their influence ahead of the general elections.

“They are not satisfied with the clauses on consensus candidature and the one asking political appointees to resign before the primary election of political parties,” one of the sources said.

“Some of the governors are in cohort with some political appointees like ministers and heads of some agencies and all of them belief in one thing- to guarantee their personal interests and something that will favour their cronies at the end of the day. It is about controlling the instruments of power and the electoral act is one of them.

“If you ask all aspirants to sign a letter of commitment before using the consensus option for primaries, or sign a commitment after someone emerged, one or two of them may not sign provided that they know they are popular but not in the good books of the governor.

“Also, if you ask some ministers and heads of juicy agencies to resign some months to primary elections, they know that they would be stripped of some powers and resources at their disposal. They are also not sure if they would be reappointed.

“So, this is basically the reason for the move by these people to discourage the president from signing the electoral act,” he said.

Another source said President Muhammadu Buhari has to weigh all options in order to get it right.

“The election is fast approaching…There are some governors and elected officials who want to take advantage of the present confusion to remain in absolute control of what is going to happen.

“Also, there are some legislators who were all out to tackle the governors. They too, it’s just for their selfish interest. Remember over 70 per cent of senators or members of the House of Representatives rarely go back after each election season.

“So, some of them want to reverse the trend, which they feel the governors are responsible. My prayer is that President Buhari will take a decision that will favour the generality of Nigerians,” he said.

The National Assembly Caucus of the Peoples Democratic Party (PDP) has called on President Buhari to assent to the re-amended Electoral Bill transmitted to him.

The PDP lawmakers made the call on Tuesday during their caucus meeting with members of the Board of Trustees (BOT) of the party at the National Assembly, Abuja.

The Senate Minority Leader, Enyinnaya Abaribe, said having bent backwards as requested by President Muhammadu Buhari on the earlier rejected electoral bill, the proposed law should be signed without any delay.

Also, the Minority Leader of the House of Representatives, Ndudi Elumelu alleged that APC governors were lobbying the president not to sign the bill.

He, however, urged President Buhari not to yield to the request of the governors but to sign the bill owing to its importance to strengthening the country’s electoral process.

Meanwhile, senators who are members of the All Progressives Congress (APC) caucus declined to comment on the outcome of their caucus meeting, which lasted for about two hours behind closed doors.

Senate President Ahmad Lawan, his deputy, Ovie Omo-Agege, Leader, Yahaya Abdullahi, other principal officers belonging to the party and many others attended the emergency meeting, which commenced by 2.30pm and ended at 4.30pm.

The meeting held simultaneously with that of the PDP National Assembly caucus with its Board of Trustees (BoT) members led by Walid Jibrin.

While the PDP’s meeting was held in the presence of the media, APC lawmakers declined to comment on the outcome of their meeting when approached by newsmen.

But a former governor, who is a ranking lawmaker, told Daily Trust that the issue of the electoral bill was a done deal, hence it was not discussed at the meeting.

He said their closed doors meeting was to discuss the forthcoming convention of the party and the crisis rocking the party.

Asked why two clauses were introduced, he said they added them to enhance the electoral process of the country.

“Yes, we included the clauses because we are lawmakers and we have the constitutional rights to make or amend laws that would be in the best interests.

“Previously, the consensus was done to favour the governors but now we have amended the clauses to favour all,” he said.

He expressed optimism that President Buhari will assent the bill, saying we have addressed the reservations expressed by him.

Another Senator told Daily Trust that it was Senator Yusuf Yusuf (APC, Taraba), who is representing the Senate in the Buni-caretaker committee that briefed them on the activities of the committee.

“He briefed us on what is happening in the party and the forthcoming convention. We took turns to lament the lingering crisis in some of our state chapters. We did not discuss the electoral bill,” he said, insisting that it was purely party issues that were discussed.

‘Level playing ground for all’

Reacting, Professor Kamilu Sani Fage, a renowned political scientist, observed that the two clauses are important innovations and President Buhari should not succumb to pressure from governors or any other political appointees to circumvent the wish and aspiration of the masses.

He said the clause that says ministers and all other appointees must resign before contesting for primaries is very important because it will sanitise the country’s election process.

Prof Fage, who is of the Department of Political Science in Bayero University, Kano, said the president should sign the bill.

“He should not accept or go down to the pressure of political appointees. After all, they are representing Nigerians; so, if they are true democrats, they should accept the aspirations and verdicts of Nigerians rather than use their own power to tinker or change the provisions and the will of Nigerians.”

A Senior Advocate of Nigeria, Professor Paul Ananaba, has questioned the inclusion of the clause on consensus in the amended Electoral Act, adding that it would cause a violation of rights.

He said the nomination of political parties’ candidates is an internal affair of the party, which cannot be legislated upon by the National Assembly or the judiciary.

“Does the law also state how a person can withdraw consent?” he asked. Ananaba said the consensus is not wrong if it is not imposed but is by consent.

Amid allegations that the Attorney General of the Federation and Minister of Justice Abubakar Malami (SAN) will influence the decision of the president on the electoral bill, his office explained that Malami has no business “pressuring” President Muhammadu Buhari to reject the Amended Electoral Act retransmitted to him.

Speaking to Daily Trust, media aide to the minister, Dr Umar Gwandu said the minister does his functions in accordance with the dictates of the law, adding that “his role as contained in extant laws does not include “mounting pressure on the president.”

According to him, “The president is an executive president with all the powers vested in him by the constitution and extant laws,” he said.

He said the president and members of the cabinet, including the AGF act in the public interest.

“It does not sync with common sense to assume that the Attorney General of the Federation and Minister of Justice, Abubakar Malami (SAN) would mount pressure on the president,” he said.

Criminals Are After My Life – Gov Dapo Abiodun