Criminals Are After My Life – Gov Dapo Abiodun 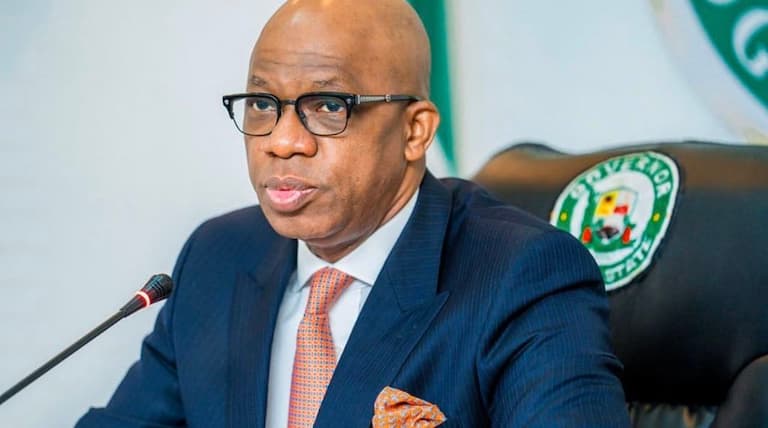 Governor Dapo Abiodun of Ogun State, on Wednesday, said criminals have threatened to go after him, following the anti-crime battle of his government.

Abiodun had on January 21, 2022, re-launched the state joint security outfit, code-named OP-MESA, where he declared war on kidnappers and yahoo boys in the state.

But the governor, while speaking on Wednesday, in Abeokuta, hinted that the hoodlums are feeling the heat of the newly relaunched security outfit.

He spoke at the “Ogun, Oyo Joint Security Meeting”, bilateral session
organised by Ogun and Oyo State Governments to finding solutions to the insecurity challenges in their states.

According to Abiodun, the criminals have decided to go after his life because “I am making life unbearable for them.”

The governor, however, dared the criminals, saying “I am waiting for them.”

He said “After we launched our OP-MESA last week, I understand that they have been working extremely hard, in fact, what I hear is that those criminals are now saying that Dapo Abiodun is making life unbearable for them and that they are going after me, well, let me assure you that I will continue to make life intolerable and unbearable for you and I’m waiting for you.”

Speaking on the meeting, Abiodun noted that kidnappings and other crimes are rampant at the border communities of the two states, hence, the bilateral agreement.

He added that both states have peculiar security challenges and they have been tackling it independently with their own mechanisms.

According to him, the joint security effort would promote sustained economic development in the neighboring states.

The governor added that following the recent relaunch of the security outfit OP-MESA, criminals have been feeling the heat of the anti-crime battles in the state.

On his part, Governor Seyi Makinde said the joint security meeting “is the right thing to do and it is absolutely important we do it.”

The Oyo Governor said he and Abiodun had defied political party differences and pursued a common goal of fighting insecurity in their states.

He insisted that state policing is vital to addressing insecurity challenges at the grassroots.