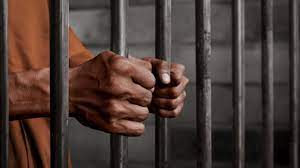 Those set free at Warri were; Ejovi Daniel (29), Testimony Invoke (35), Michael Ahmed (20), Destiny Julius (29) and Nwafili Ifeanyi (39) who have been in prison custody awaiting trial for upward of two years.

At Sapele, Sampson Oghenegweke, Odi Oghenervwed, Obakporo Oghorodi Couple, and Abdulahi Karimu who were freed, were among 190 cases of awaiting trials reviewed by the State Chief Judge.

At Agbor, Abubakar Mohammed (19), Enumah Onyeka (25), Chukwuedozi Frank (24), Ekeli Ogochukwu (28), Adam Lucky Esaka (41), Otube Edet Godstime (28), and Marvel Omolu (20) were admitted into prison custody between 2017 and 2019 on charges ranging from kidnapping, rape, murder, unlawful carnal knowledge to the armed robbery but were set them free on grounds of the legal opinion of Director of Public Prosecution for lack of diligent prosecution, no witnesses to testify and health condition.

Diai who did not set any inmate free at the Kwale Custodial Centre, said the purpose of the visit was not to throw the prison open for all inmates and told legal practitioners who represented clients during the exercise to make every application including bail to the trial courts.

At Warri, the Chief Judge commended the prison authority for their adequate preparation, explaining that the prison visit was not meant to usurp the jurisdiction of the courts on cases before them. She held that cases would be considered on their merit including health grounds, unjustified long detention in prison custody, and want of diligent prosecution, among others.

The prison authority at Sapele  said: “I am also aware that there are constraints in trying these criminal cases because of vehicles. The Delta State government has been trying her best to assist.

“A situation where defendants are brought to court once or twice a week does not augur well for the quick dispensation of Justice. So I will take your plea before the Governor, and I am sure he will be favourably disposed to that.”