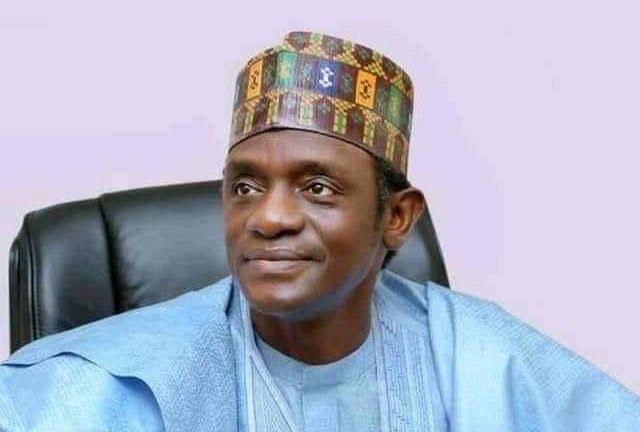 Yobe Governor, Mai Mala Buni, will lead the All Progressives Congress (APC) to her national convention slated for March 26.

Two weeks ago, Niger state Governor, Sani Bello, took over affairs at the APC national headquarters, announcing himself as the replacement of Buni who had headed the Caretaker and Extraordinary Convention Planning Committee (CECPC), since 2020.

This unsettling development had caused rivalry amongst APC Governors and top stakeholders as many accused the Yobe Governor of plotting against the organisation of the convention and declared support for Bello.

But while some quarters had rejoiced about the supposed ousting of Buni, the National Electoral Commission (INEC) rejected a letter inviting it to an emergency meeting of the National Executive Committee of the governing party where Bello’s chairmanship is to be approved.

INEC, in a letter dated March 9, 2022, drew the attention of the CECPC that the letter of invitation was not signed by the National Chairman and National Secretary of the CECPC, Buni and Dr John Akpanudoedehe, respectively.

This amongst other issues led some inner caucus in the Presidency to meet with President Muhammadu Buhari who is currently undergoing a medical routine checkup in the United Kingdom.

Led by the Minister of Justice and Attorney-General of the Federation, Abubakar Malami, the group of ministers including the ministers of Education and Aviation, Mallam Adamu Adamu and Hadi Sirika respectively, visited the President’s Lodge on Saturday.

It was at the meeting that President Buhari concluded that Governor Buni should be allowed to conduct the national convention as a face-saving measure.

Sources privy to the details of the meeting informed this newspaper that the President strongly denied endorsing former Nasarawa state Governor, Abdullahi Adamu, for the APC national Chairmanship office.

It was learnt that while the discussion of the helmsman and his close confidants centred on the internal wrangling in the APC and the upcoming March 26 national convention, it also tilted towards who will succeed Adams Oshiomhole as the party Chairman amongst the contestants who have registered their interest.

“At first, it was about the INEC’s letters and the possibility of losing all elective seats to the opposition if nothing is done to avert the impending political doom. They also talked about the legal implication of the Senate’s rejection of the Electoral law amendments. But along the line, the discourse of the Chairman that will lead the party to the 2023 polls came up,” said a source who sought anonymity because he was not authorised to speak.

The source noted that the ministers specifically asked if President Muhammadu Buhari was truly supporting former Nasarawa Governor, Abdullahi Adamu, a speculation that hit the media space a few weeks ago. The President denied knowledge of such endorsement.

The ministers also raised serious concerns about the candidacy of Adamu, citing his Peoples Democratic Party (PDP) background and labelling him a “stranger” who cannot be trusted.

Recall that Adamu was one of the founding members of the PDP, under which he won the Nasarawa State gubernatorial election in 1999 and re-election in 2003. It is also noteworthy that at the end of his two-term governorship, Adamu became Secretary, Board of Trustees (BOT) of the party, thus making him a major decision maker.

One of the ministers added that it will be a major blow and act of betrayal against Senator Tanko Al-Makura who, despite overwhelming opposition, remained as a Governor under the defunct Congress for Progressives Change (CPC).

“The minister warned them that the decision will plunge Nasarawa APC into crisis since the incumbent Governor has publicly endorsed Al-Makura,” the source disclosed.

Meanwhile, the ministers concluded that it will be beneficial for the caucus to back a member of the now rested Congress for Progressives Change (CPC) from where the President joined the APC in 2014.