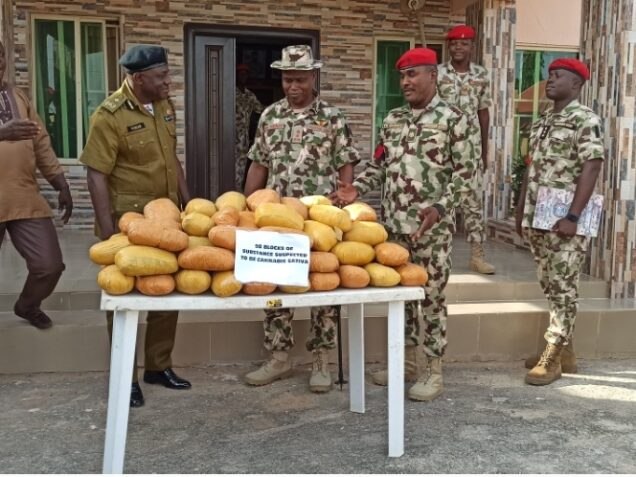 The Sector Commander, Maj.-Gen. Koko Isoni stated this while handing over the seized substances to the Agency on Monday in Damaturu.

Represented by his Chief of Staff, Brig.-Gen. Umar Mu’azu, the Commander said the substances were seized on Oct. 7, 2022 by troops of the 159 Battalion in Geidam Local Government Area of the state.

“It was abandoned by the courier including the vehicle conveying the consignment when he saw the patrol team,” he

In his remarks, the State Commandant of the Agency, Mr Aliyu Yahaya commended the army for the gesture, adding that each parcel of Cannabis costs N50,000.

Represented by Mr Ogar Peter, the Deputy State Commandant, Yahaya appreciated the synergy between the security agencies in the state.

“We are pleased to receive this exhibit. The gesture demonstrates the synergy that exists between the security agencies in the state,” he said, adding the Nigerian Army has been committed to curve drug peddling in the state. (NAN)

2023: What My Presidency Will Give Nigeria – Tinubu