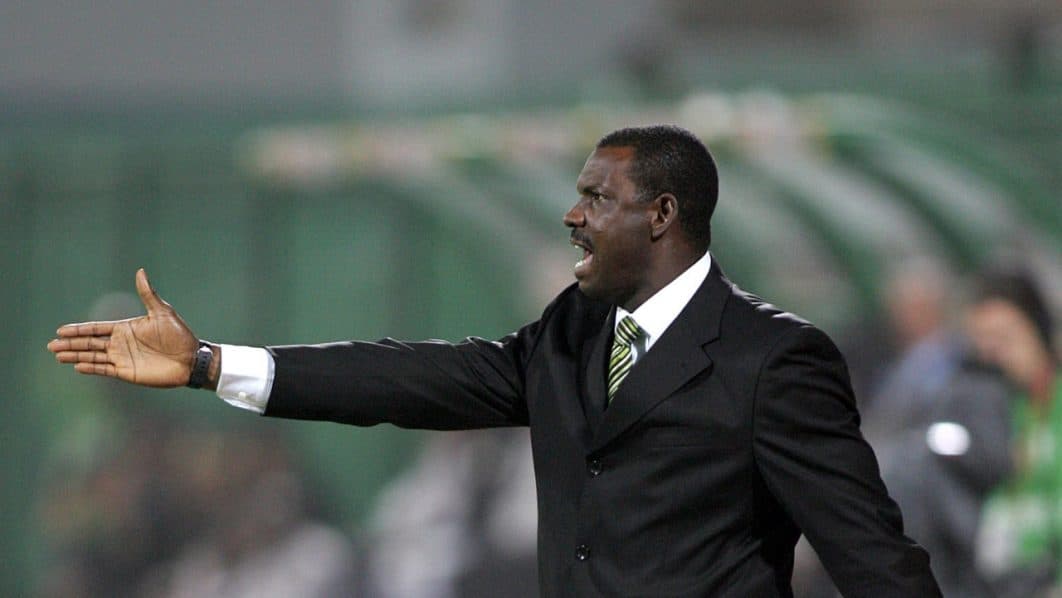 Coach Austin Eguavoen has been named the best coach of the African Cup of Nations group stage by the Confederation of African Football (CAF).

The Super Eagles of Nigeria interim manager has led his team to three victories from three matches, with Nigeria the only team to win all group stage games.

The 56-year-old coach was honoured by CAF in a group stage honours list released on the football governing body’s website.

Eguavoen was temporarily placed in charge of the Eagles following the sacking of Gernot Rohr, the German coach who Cerezo has credited for his team’s AFCON performance so far that has won acclaim from football analysts monitoring the tournament.

Also recognised was the duo of Moses Simon and captain William Troost-Ekong, both players listed in the group stage XI.

Wilfred Ndidi was also named among the substitutes.

Troost-Ekong leads a defence that has conceded only one goal so far albeit from a penalty kick. The Watford defender has also scored a goal at AFCON.

Simon, however, is hailed by AFCON analysts as the best individual player so far at the tournament with his electric pace and successful dribbles in all three matches played so far, chipping in also with a goal. He missed out on the best player category to Cameroon’s Vincent Aboubakar who has scored five goals for the hosts so far in the tournament.

The AFCON round of 16 fixtures begin on Sunday, 23 January, with Nigeria squaring off with Tunisia same day at the Roumde Adjia stadium, Garoua.