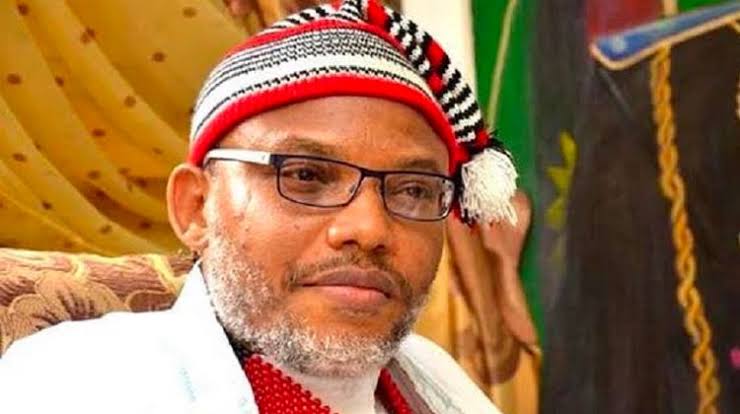 President Muhammadu Buhari has been called out by the Indeginous People of Biafra (IPOB) to stop any form of overzealousness in the next appearance of the their leader, Nnamdi Kanu in court next week 18 January 2022.

The group also called on International communities to caution the Nigeria security agencies.

According to the Lead counsel to IPOB, Ifeanyi Ejiofor, said it was part of the outcome of their visit to Kanu at the detention facility of the Department of State Security, DSS, in Abuja last Thursday.

IPOB group said they made the call so that the security agencies would display a positive attitude in the next court outing.

He said “We undertook our customary visit to Onyendu in DSS custody today. In the course of the visit, our discussions focused primarily on our final preparations for the legal battle that would resume on the turf of the Federal High Court, Abuja Judicial Division, from next week and on subsequent adjourned dates, if any.

“We coalesced the product of our reflections on the most potent legal strategies henceforth to be adopted, fine-tuned and harmonised them, and then distilled them into a single, conclusive, potent, workable formula.

“We are optimistic that the court outings of Onyendu would be impressive. Onyendu himself is in high spirit. Our discussions with him further reassured him and strengthened his determination to persevere unrelentingly. I declare to you, UMUCHINEKE, that Onyendu is fully prepared to appear in court from the 18th of January, 2022.

“He is rooting for victory and knows that, with the help of ChukwuokikeAbiama, victory is assured. You will all behold with your eyes an interesting dimension in the harmonised workable formula we have evolved. The detractors of Onyendu will be comprehensively humbled and permanently put to shame”

“Further, Onyendu utilized the opportunity afforded by our visit to mandate us to admonish his teeming supporters and followers. He advises those of them that would appear in court in demonstration of their unflinching support and loyalty to him to conduct themselves with decorum, be civil in their conduct and comportment, shun violence and deviant behaviour in any manner or form, and exercise restraint in speech.”

He pointed out that “On our part, we have caused formal correspondences to issue on responsible, sovereign, democratic Governments and other international institutions to prevail on the Nigerian Government to caution uncouth and overzealous security agents.

“We can authoritatively declare to you, UMUCHINEKE, that those correspondences are receiving the requisite attention they deserve. We are optimistic that there would be a positive transformation in the conduct and general approach of the said overzealous security agents at the next appearance of Onyendu in court.

“We make bold to state for the umpteenth time that Onyendu has not committed any offence known to law. For this reason, he must be released unconditionally.”