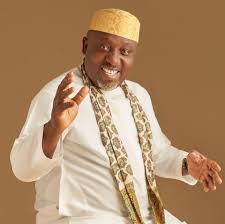 The Imo West Senator made his declaration on Monday at the International Conference Centre, Abuja.

With his declaration, Okorocha joins the growing list of politicians who have openly declared interest in replacing President Muhammadu Buhari after he completes his tenure in 2023.

The 59-year-old former Governor seeks to contest on the platform of the ruling All Progressives Congress (APC).

Speaking on Monday, Okorocha promised to work for the unity and progress of Nigeria, create a conducive economic environment for businesses to grow and thrive as well as run an inclusive government.

He promised that if elected, he would make education free and compulsory, especially from primary to secondary school levels.

This will be the fourth shot by Okorocha at the presidency.

It will be recalled that the politician had earlier written a letter to the Senate about his intention. The letter was read during the plenary last Wednesday by Senate President Ahmad Lawan.

Apart from Okorocha, some other politicians from the southeast who have shown interest in the 2023 presidency which is been clamoured to be zoned to the south include; Ebonyi State governor, Dave Umahi, former Senate President and former Secretary to the Government of the Federation, Anyim Pius Anyim, former Governor of Abia State, Orji Uzor Kalu, and others.