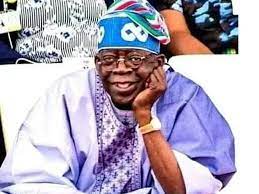 Former Lagos State governor and a presidential aspirant on the platform of the ruling All Progressives Congress (APC) Asiwaju Bola Tinubu, has denied reports he had a secret meeting with former president Olusegun Obasanjo in Abeokuta, the Ogun State capital on Saturday night.

There were online reports that as part of his ongoing consultations, Tinubu met with Obasanjo in the company of Aremo Olusegun Osoba, Chief Bisi Akande and Otunba Subomi Balogun.

Tinubu’s media aide, Tunde Rahman said there was no iota of truth in the report as Tinubu was nowhere near Abeokuta at the weekend.

“It’s not true. We have been in Abuja since we ended the visit to Southwest traditional rulers. We only issued a statement congratulating former president Obasanjo” he said.