‘You Must Not Fail’, CJN Swears-In Customary Court of Appeal Acting President 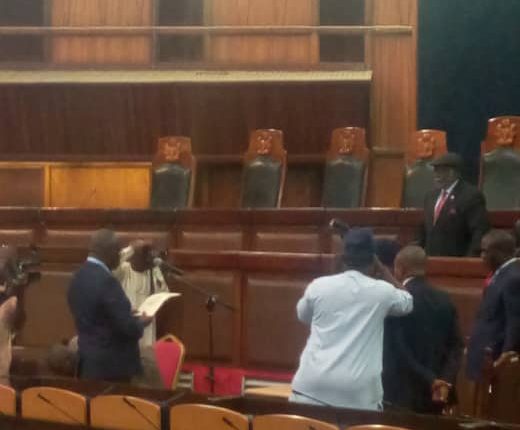 Justice Stanley Adekunle Lawal has been sworn in as the new acting President of the Customary Court of Appeal of the Federal Capital Territory FCT.

The Chief Justice of Nigeria (CJN) urged the President of the Federal Capital Territory’s (FCT) Customary Court of Appeal to seek God, the Constitution, and his conscience while making a decision.

According to him, Nigeria is currently beset by a wide range of issues that call for judicial officers’ sincere and honest intervention. He also stated that by carrying out justice in all cases, his presence at the helm of Customary Court of Appeal affairs should help to solidify the image of the Nigerian judiciary.

“We hear of corruptions of various forms, killings, kidnappings, armed robbery, banditry and all forms of terrorism against the state and individual citizens. Most of these cases find their way to the court for the right and proper adjudication.”

The CJN noted that, Nigeria is passionately looking for a crop of judicial officers who will be role – models that can confidently hoist the banner of honesty, integrity and uprightness.

“The current state of affairs in the country needs nothing short of that.”

Justice Ariwoola encouraged the acting president of the Customary Court of Appeal in the Federal Capital Territory to demonstrate his administrative and adjudicatory brilliance in order to establish a lasting name in the annals of Nigerian law.

He cautioned judges against acquiring “unmerited financial assets” since doing so may damage their reputation and hinder their ability to make sound decisions.