Why Yemi Osinbajo Will Not Run For President – Bwala 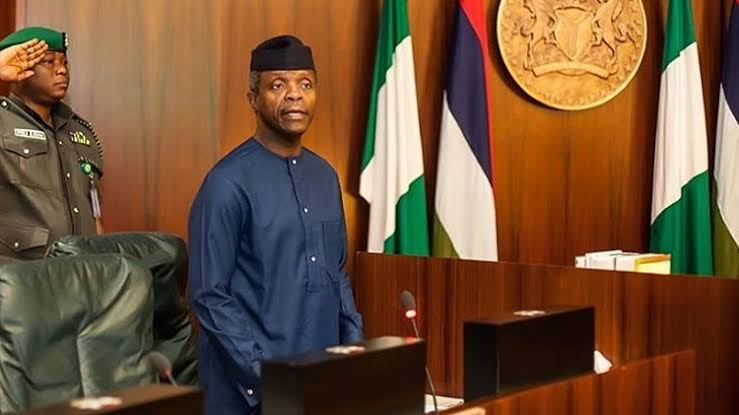 A member of the All Progressives Congress (APC), Daniel Bwala, has said that contrary to popular opinion, Vice President Yemi Osinbajo will not be contesting for presidency in 2023.

Mr Bwala who was a guest on Channels TV’s Politics Today on Tuesday said this while addressing concerns about the APC and the PDP’s chances in the coming elections, as well as a ‘third force’ and the overall new leadership agenda for the country.

When listed among those who are going to run under the APC, Mr Bwala emphatically said: “Yemi Osinbajo is not running for President”.

“I think I know the wisdom behind why VP Osinbajo is not running and he is shooting down every attempt to point towards that”.

Bwala explained that Osinbajo would rather throw his weight behind his principal, who had supported him over the past eight years.

“He may have understood that the general principle of equity and fairness is that one good turn deserves another. He had a principal who supported him for eight years and because Asiwaju (Bola Tinubu) has indicated interest, morally, not legally, it would be injurious for the Vice President to express interest.

“Secondly, there’s an idea that if someone has helped you and indicated interest, your best bet is to go about supporting him with the hope that he doesn’t get it, he will now throw his weight behind you but you will not challenge him and I think that since the Vice President is not interested, it is important that he comes out and downplay his supporters and support Asiwaju, because if you continue to leave people in limbo, there is going to be a crisis between your supporters and his supporters,” he said.

Although there have been series of speculations that the Vice President has plans to run for President, he has not outrightly declared his intentions.

On Monday, there were reports that he would announce his “presidential bid” for 2023 after the APC’s convention slated for February 26, 2021.

But his media aide, Laolu Akande, in a statement, immediately debunked the claims, stating that the report is false and speculative.