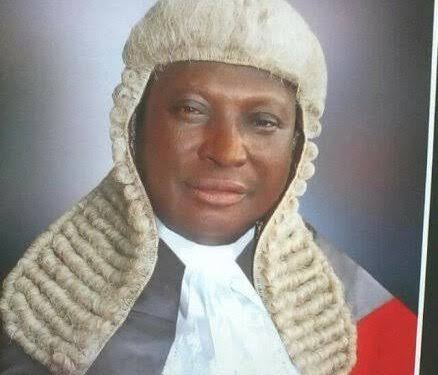 Justice Abimbola, in a statement signed by his press officer, Mrs Olufunmilola Ige, said that (ICT) training would assist the judicial officers to perform their duty optimally, most especially on Information Communication Technology system.

He appreciated National Judicial Council (NJC) and the Citizens GAVEL for choosing Oyo State as a pilot state in Nigeria, noting that, the state was the first in the South-West to have such a novel opportunity while promising to sustain the system and improve on techniques.

According to the chief judge, “Information Technology is undoubtedly the way to store data, ICT will greatly enhance the administration of justice generally and speed up the conclusion of trials in our court”.

In his goodwill message, the Chief Judge of Borno State, Hon. Justice Kashim Zannah, commended the judicial staff in the state for trooping out in large number for the training.

He commended the Chief Judge of Oyo state and described him as a champion and committed Judge who is interested in ensuring that such benefits come to the people of Oyo State.

He said that technology would serve so many people and would assist a long way, adding that “we are not just here for the training, the site of Oyo state Judiciary is already set up and the test site will be handed over to the Oyo state Judiciary.

“When it is handed over, the lawyers will have access to use it to file their cases, staff of Oyo State Judiciary will also learn from the test site, access it and the cases will be moved for assigning.

“I want to urge Oyo State people to be committed to the system because it makes justice delivery faster and less cumbersome. It will make people appreciate us and will bring a lot of good to the judiciary, and also benefit the entire populace”, he said.