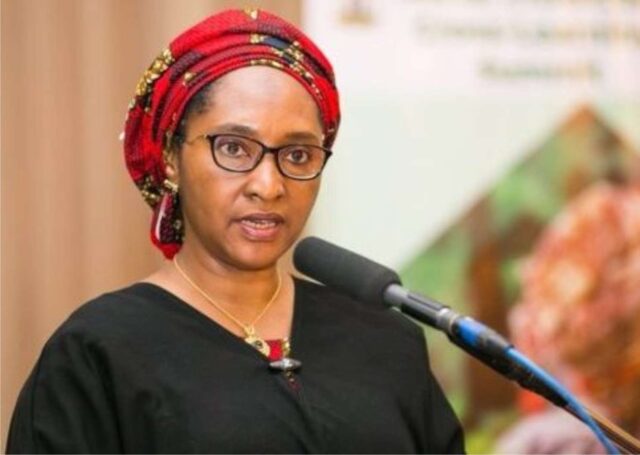 Zainab Ahmed, Nigeria’s Minister of Finance said the Federal Government has spent over N157 billion on the construction of the 2nd Niger Bridge out of the initial cost of N206 billion.

The Federal Government had reviewed the initial cost up to about N400 billion because of rising inflation.

Mrs Ahmed disclosed this on Saturday when she inspected the ongoing construction of the 1.6km bridge.

The minister was received by the Anambra State Governor, Charles Soludo, represented by the Deputy Governor, Onyeka Ibezim.

The Managing Director, Nigeria Sovereign Investment Authority (NSIA), Uche Orji, and the representatives of the construction firm, Julius Berger Nigeria Plc, were also on ground to welcome the minister.

The Ministry of Finance oversees disbursement of funds for the project.

Mrs Ahmed said her visit was to gain an insight into how the funds released for the construction of the bridge are being utilised.

“For me, I can report to Mr President and say I have seen where all the N157 billion has gone to,” she said.

She described the bridge as “one of the iconic projects in the country”.

She said the 2nd Niger Bridge would “uplift the lives and livelihoods” of the people of South-east and South-south parts of the country, when completed.

“People working here are from within the surroundings. So, up to about 20,000 jobs have been created in this project, “she said.

The minister expressed delight that two ends of the bridge had been linked. She lauded the construction firm for “introducing some unique innovations” in the construction.