US Identifies Bad Governance, Corruption as Motivations for Coups in Africa 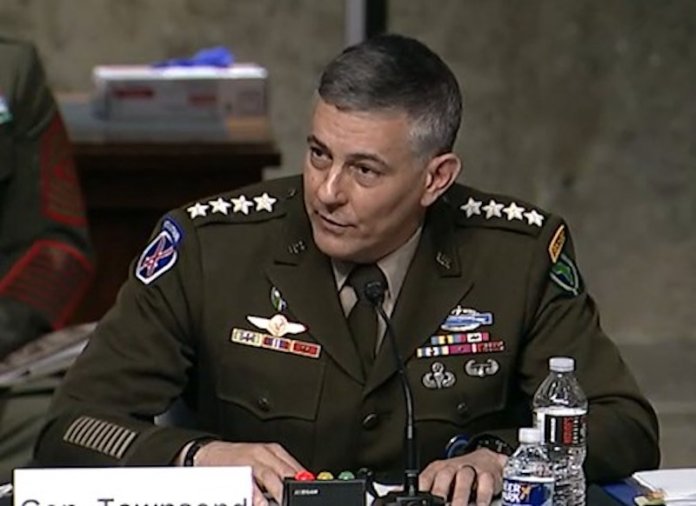 The United States of America has pointed out bad governance, corruption, insecurity and others as motivations instigating major coups in Africa.

This was disclosed by the Commander of the United States Africa Command, AFRICOM, General Stephen Townsend in a virtual briefing on Thursday express surprise at the recent upsurge in a spate of military coups in Africa, opined that bad governance and corruption may have been responsible for the putsches.

In the last 18 months, the military has seized power in Mali, Chad, Sudan and Burkina Faso.

“So I don’t know why all that is, but my guess is that it has to do with insufficient governance, a lack of good governance, and corruption. I think that’s probably the most of it. And so as you know, as I said in my opening statement, the U.S. does not support or condone these unconstitutional changes of government and the broader effect they have on democracy and the progress of democracy. But I think that corruption and a lack of good governance is probably behind much of that,” he explained.

On the rising cases of violent crimes mostly tagged banditry by some governments, the AFRICOM boss said: “So I would use a different term. I think the term ‘bandits’ is the wrong term. That makes it sound like a criminal problem. And my assessment is what’s expanding and causing the majority of the problem are terrorists. So I use a different term than bandits. Terrorists are expanding. We’ve seen ISIS and al-Qaida affiliates expanding in West Africa from Mali into Burkina Faso, and now we’re starting to see attacks in the neighbours of Ghana, Benin, Togo, Côte d’Ivoire. So, I’m very concerned about that.”

“Another topic that we discussed is China’s role in the world. And they’re a power on the rise, and I don’t think I’d begrudge them their ability to rise as a power in the world. But they also have a view to expand into Africa, particularly into West Africa and the Gulf of Guinea. And where they’re – where they’re helping African partners in a useful and positive way, I’m happy to see that and happy to see our African partners benefit from that.

“But where they’re exploiting our African partners, I think we ought to shine a spotlight on that. And there are some places where that is going on. And one area that concerns me is the Gulf of Guinea. The Chinese, I think, aspire to have a naval base in that area. And I think they aspire to have a maritime task force in that area, all for the purpose of preventing piracy and illegal fishing. But all the studies that I have seen say that the number one purveyor of illegal fishing in the Gulf of Guinea are Chinese fishing fleets. So, I think we ought to keep shining a spotlight on that kind of unhelpful involvement in the African continent,” he explained.

Release VON DG Or Take Him To Court, HURIWA To EFCC