UNICEF Donates N200 Million Worth of Medicine To Borno, Yobe 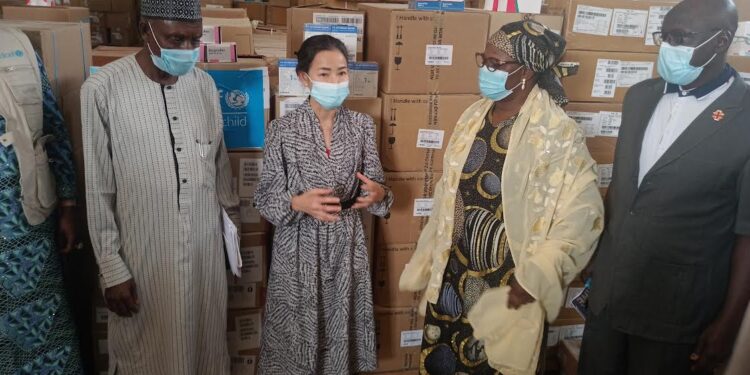 The United Nations Children’s Fund (UNICEF) has handed over maternal and neonatal medicine worth about N200 million ($438,972 USD) to the Borno and Yobe State governments.

UNICEF Chief of Maiduguri Field Office, Phuong Nguyen, on Wednesday at the handing over of the Borno State consignment in Maiduguri, said the donation was part of efforts to improve maternal, neonatal and child survival and health outcomes in conflict-affected communities in North East Nigeria.

She said the medicine for Borno was worth over N200 million.

She said UNICEF will also support the implementation of the Primary Health Care Memorandum of Understanding (MOU) it signed with the two states.

The UNICEF head said children and women have paid the highest cost in the over a decade of conflict in the North East.

Borno Commissioner for Health, Mrs Juliana Bitrus commended UNICEF for the intervention. She assured the state would continue to partner with the fund.

She appealed to other partners to step up support for the state. She also assured the medicine will be distributed to all primary health facilities in the state.

The medicine donated includes antimalarials, analgesics, antibiotics and other drugs as well as health equipment.

Umahi Appeals Court Order Sacking Him And His Deputy