Ukraine Denies Moscow’s Allegation That It Sent Troops Into Russia 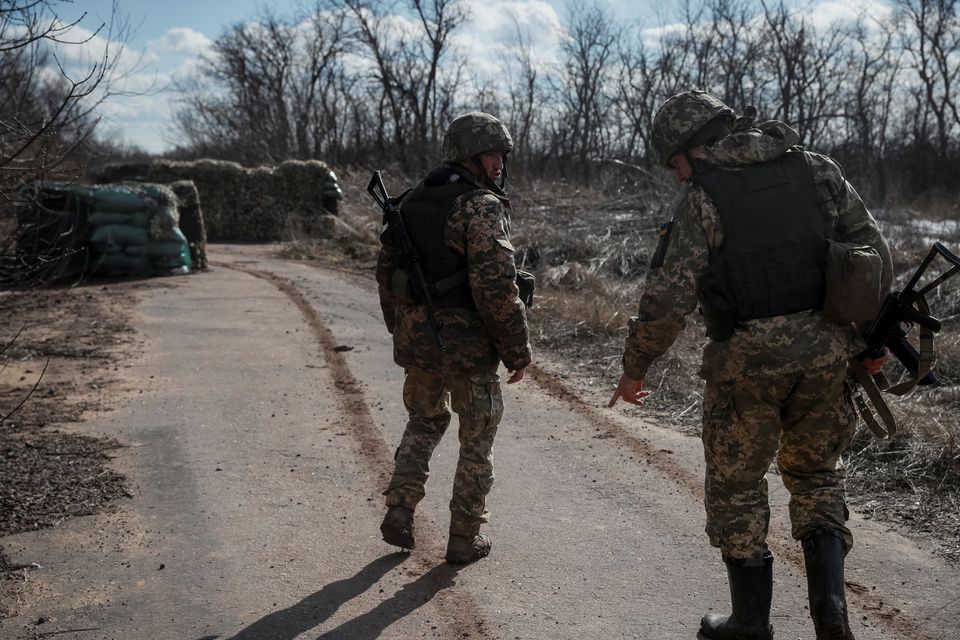 Russia’s military said on Monday Ukrainian military saboteurs had tried to enter Russian territory in armed vehicles, an accusation dismissed as “fake news” by Kyiv amid Western accusations that Moscow could fabricate a pretext to invade.

The Russian military said five people had been killed when the Ukrainian saboteurs were thwarted. Ukraine and its Western allies have been saying for days that Moscow could manufacture a pretext to invade Ukraine with a huge force it has massed on the border.

Western countries accuse Russia of planning to invade a neighbour that it had controlled until the Soviet Union collapsed in 1991. Moscow denies planning any attack but has demanded sweeping security guarantees, including a promise that Ukraine will never join NATO.

An adviser to French President Emmanuel Macron told Reuters that Macron had put the proposal to Putin at Biden’s request.

Kremlin spokesperson Dmitry Peskov said a call or meeting between Putin and Biden could be set up at any time, but there were no concrete plans yet for a summit. Tensions were growing, he said, but a foreign ministers’ meeting was possible this week.

Macron’s office and the White House said the substance of the plan would be worked out by U.S. Secretary of State Antony Blinken and Russian Foreign Minister Sergei Lavrov during a meeting planned for Thursday.

European financial markets were tumbling on Monday at signs of increased confrontation, after having briefly edged higher on the glimmer of hope that a summit might offer a path out of Europe’s biggest military crisis in decades.

After the report of the alleged incursion, major European bourses were down between 0.5% and 1.8%. Russian stocks plunged.

Russia’s military said troops and border guards had prevented a “diversionary reconnaissance” group from breaching Russia’s border from Ukrainian territory near Rostov and that five people had been killed, Russian news agencies reported.

Interfax cited the Russian military as saying that Ukrainian armed vehicles had been destroyed.

Ukraine rejected the report, calling it fake news, and said no Ukrainian forces were present in the Rostov region where the incident was alleged to have taken place.

Satellite imagery released at the weekend appeared to show Russian deployments closer to Ukraine’s border than before.

Russia has tens of thousands of soldiers in Belarus – part of what Washington says is a force now numbering 169,000-190,000 troops in the region, including pro-Russian rebels in eastern Ukraine.

Anti-graft War: EFCC Staff Train on Use of GIFMIS