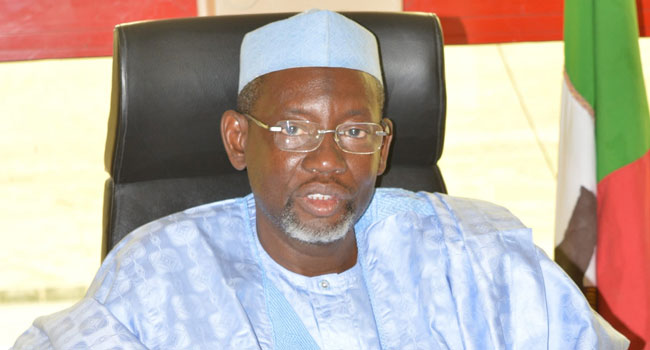 The Supreme Court has dismissed an appeal challenging the emergence of Umar Namadi as the All Progressives Congress (APC) governorship candidate in Jigawa State for the forthcoming general elections.

Namadi is the deputy governor of Jigawa State.

A former member of the House of Representatives, Farouk Aliyu, challenged the APC primary election held on May 26th which produced Namadi as the party’s governorship flagbearer for the March 11th poll.

Delivering its judgement prepared by Justice Kekere-Ekun and read by Justice Ibrahim Saulawa, a five-member panel of the Supreme Court said Aliyu’s appeal lacked merit and he failed to prove the declarative reliefs he sought.

The appeal filed by Aliyu had challenged the November 4th, 2022 decision of the Court of Appeal in Kano, which dismissed his earlier appeal.

The appellate court in Kano had upheld Namadi’s nomination as the governorship candidate of the APC in Jigawa State for the March 11th governorship poll.

A three-member panel of the Court of Appeal led by Ita Mbaba, in the November 4th verdict, unanimously dismissed Aliyu’s appeal against the September 13th, 2022 judgement by Hassan Dikko of the Federal High Court, Dutse, Jigawa State, for being unmeritorious.

The judge at the trial court held that Aliyu lacked the right to have sued the governorship candidate, adding that he failed to prove his case with credible evidence.

Meanwhile, Namadi challenged a portion of the Court of Appeal judgment upturning the trial court’s decision that Mr Aliyu lacked the right to have filed the suit which did not qualify as a pre-election case.