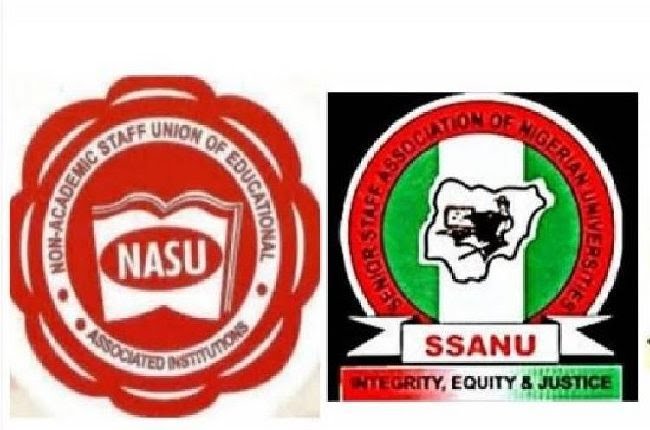 Following what it described as the failure of the Nigerian government to react to its letter earlier issued threatening to down tools, the Joint Action Committee (JAC) of the Senior Staff Association of Nigerian Universities (SSANU) and Non-Academic Staff Union of Allied and Educational Institutions (NASU) have declared a two-week warning strike.

This is contained in a memo addressed to the leadership of the unions’ branches nationwide and dated Friday, March 25, 2022.

The strike, which is scheduled to take effect by midnight of Sunday, March 27, will further compound the situation across the Nigerian university campuses as the teaching staff under the Academic Staff Union of Universities (ASUU) are already in the second of their three-month initial strike.

The memo by JAC, which was signed by SSANU president, Mohammed Ibrahim, and NASU general secretary, Peters Adeyemi, is titled; “Commencement of Two-Week Warning Strike.”

The letter reads in part; “In view of the nonchalant attitude of the government to our demands, this is to direct our members in all universities and inter-university centres throughout the country to commence a two-week strike by midnight of Sunday, 27 March, 2022, in the first instance as earlier conveyed to the federal government in our letter.

“Please note that the two-week warning strike should be comprehensive and total as no concession should be given under any guise.

“Your strict compliance and adherence to this directive is mandatory for all branches of NASU and SSANU in the universities and inter-university centres.”

“The memorandum of understanding we had was that the renegotiation will be concluded within six weeks. And that was as far back as February 2021. And if you count six weeks from that time we will be talking about sometime in May or maybe April. But here we are, a year later, we have not even been invited for one meeting despite our reminders.” he said