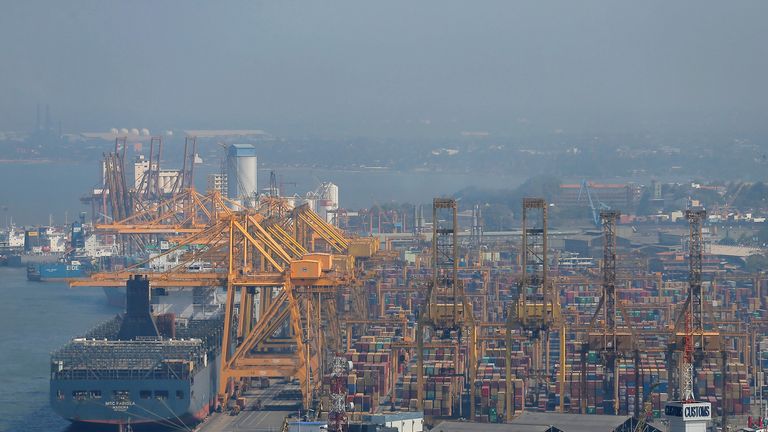 Sri Lanka’s Prime Minister Ranil Wickremesinghe has said the country’s economy has “completely collapsed”, leaving it unable to pay for essentials such as oil imports.

It follows months of shortages of food, fuel, and electricity, and the realisation that even the credit lines from neighbouring India that have sustained the country so far will not be enough.

“Our economy has completely collapsed – that is the most serious issue before us today.”

Mr Wickremesinghe said that the state-owned Ceylon Petroleum Corporation is $700m (£572m) in debt, adding: “As a result, no country or organisation in the world is willing to provide fuel to us.

“They are even reluctant to provide fuel for cash.”

Sri Lanka has been struggling under the weight of its debt, combined with the impacts of the coronavirus pandemic, including a loss of tourism revenue and the rising cost of commodities.

Mr Wickremesinghe said that efforts to turn the situation around had failed, adding: “If steps had at least been taken to slow down the collapse of the economy at the beginning, we would not be facing this difficult situation today.

“But we lost out on this opportunity.

“We are now seeing signs of a possible fall to rock bottom.”

Previous prime minister Mahinda Rajapaksa resigned in May after months of protests and clashes between government supporters and those demanding a change in leadership.

This brought veteran Mr Wickremesinghe to the role for a sixth time, in a move that opposition politicians said was aimed at protecting President Gotabaya Rajapaksa and his family from protesters’ anger.