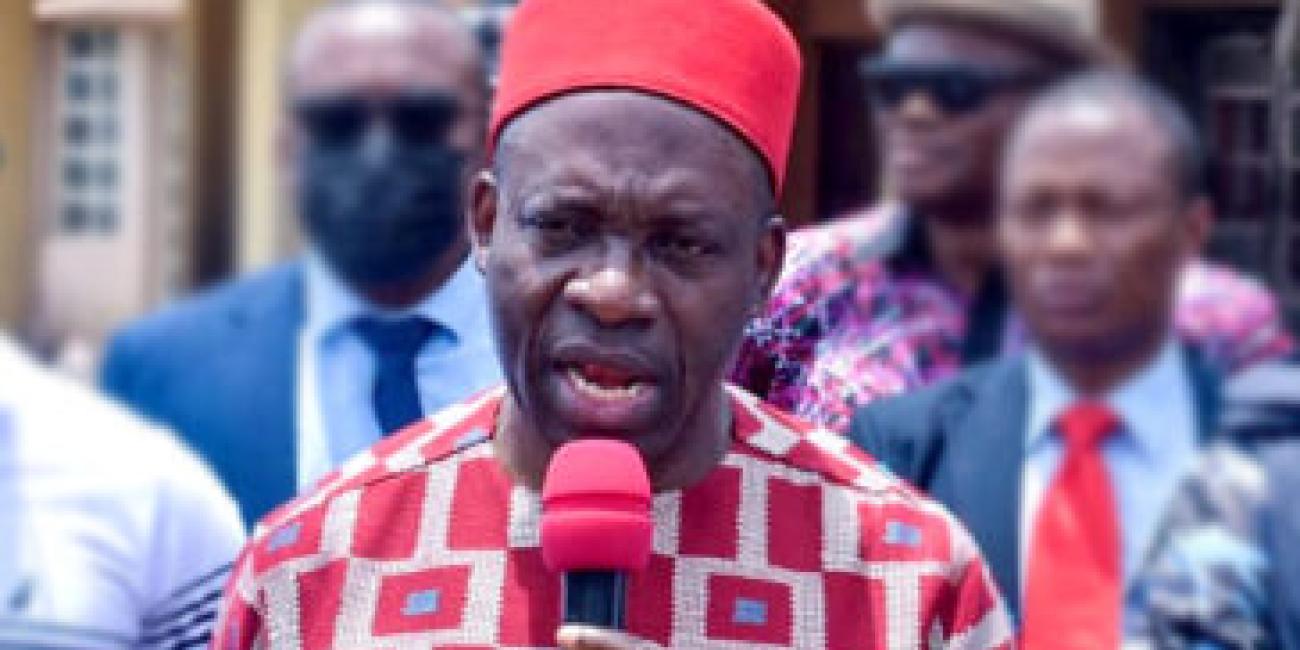 Addressing men of the press, the Governor used the opportunity to thank the State House of Assembly represented by the Speaker, Majority Leader and Clerk of the House alongside the Deputy Governor and commissioner for Budget and Economic Planning.

“The more fundamental job has been done by the State House of Assembly,” the Governor said.

“I want to thank the parliament particularly for this productive partnership. We are partners in this transformation agenda for Anambra State.

“The Leadership that has shown capacity and passed this budget into law while we strive assiduously to lead Anambra into the land of our dreams as we promised the people.

“This is a budget of acceleration in spite of all the odds and challenges in the country but, we are still wresting the accelerator for takeoff.

“Once more, I want to thank the State House of Assembly for expeditiously and painstaking making this budget a success and signing it into law. They have been working in the office up to 1am this morning.

“That’s the Anambra spirit. We get things done! Thanks to the speaker, the State house of Assembly and the whole team.

“Thanks to everyone who was able to make it early this morning. It’s quite a remarkable day.

“We are set to deliver for next year! With the budget in hand, let’s get it done, the Governor maintained.

Fielding questions to the Governor, Men of the Press asked which priority of the budget will be activated and done instantly.

Responding to questions, the Governor said he will get all the pockets of the budget simultaneously done; Security, Law and order, social agenda, health, education, human capital development, power, technology, industrial parks, agriculture, commerce, we are leaving no one behind.

“We are hitting everywhere, reforming the government, promoting accountability and prudence, digitizing our land registries, the Governor stated.

“Our environment is an existential threat. We shall desilt, control our drainages and erosions, waste management; none of them can wait until the others are done.

“The accelerator pedal has five pedals and we will keep pedalling simultaneously, that’s the way we can get it in order. The sequence doesn’t mean the other will be left behind.

“Our human capital is our major resource. Our overall agenda is to make Anambra a liveable and prosperous smart megacity and this budget contributes to the glorious Anambra we dream of.

“The parliament had earlier been approved in June for the Government to borrow N100 Billion to fund this budget but up to this moment, we haven’t borrowed a dime.

“We are hitting the ground running. Our focus is that Anambra maintain fiscal sustainability. Anambra will continue to win.

Also Responding to questions in regards to palliatives on roads in the state, the Governor disclosed he had an indoor meeting with all the 21 Local Government Transition Committee Chairmen in the State and of the agenda is to tackle potholes on rural roads and Federal high ways and the resources to get them fixed.

“We are swinging into action to get these roads motorable,” the Governor stressed.

“We faced unprecedented flooding causing roads to be washed off. These are major interventions the government has embarked upon and the massive construction that is ongoing.

“Anambra is spending close to N2 Billion on Federal roads because most of them are not motorable. Our people are facing untold hardships passing through these roads.

“These are some of the strategic interventions the State Government has embarked upon. They are not the typical palliatives but built to last.

“We are delivering quality roads to our people and ensuring the palliatives endure for sometime.

Also responding to questions on CBN and it’s cashless policy, the Governor said that will be left to the communication team to sensitize the general populace not just Anambra people on the policy and how it’s supposed to work.

The Governor stated It’s a national policy and the people will adjust and adapt to it.