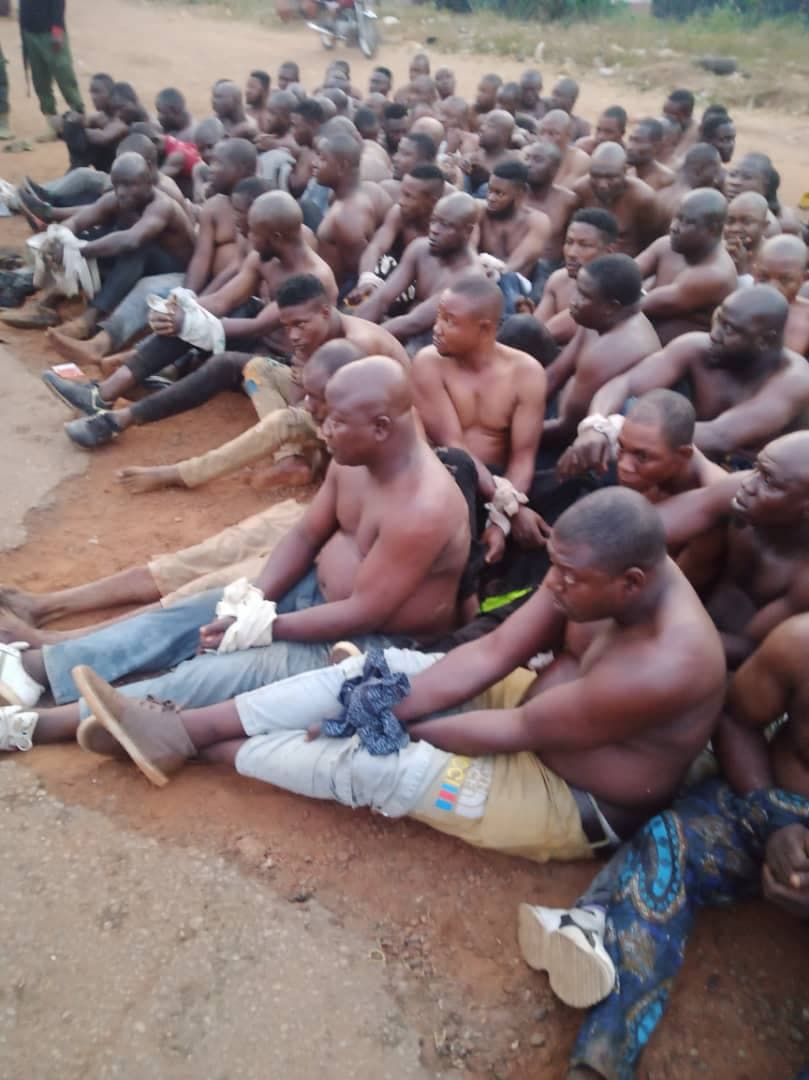 The Ekiti State army have arrested 105 men suspected to be political thugs as the Peoples Democratic Party, conducts its primary election in Ekiti State.

The suspects were arrested at Ita Ore, in Efon Alaaye, Efon Local Government Area of Ekiti State, by men of the 32 Artillery Brigade of the Nigerian Army.

The Police Public Relations Officer, Ekiti Command, ASP Sunday Abutu, confirmed that the suspects were being transported with five 18-passenger buses and were driving along Ijebu- Ijesa-Ita Ore road, when they were intercepted and arrested on Tuesday evening, by soldiers.

Abutu said the suspects were arrested with dangerous weapons like locally made pistols and cutlasses.

“They were arrested at a military checkpoint mounted at Ita-Ore in Efon Tuesday evening. They were loaded in five 18-passenger buses coming from another state to Ekiti where the PDP primaries will hold. The suspects are still with the military personnel and it is expected that they will be handed over to us soon.”

The police spokesman assured that the command’s detectives will do a thorough investigation about the incident and prosecute those involved.