Shocking Revelation: How Lawyer Died While Chasing Husband, Alleged Side Chick In Calabar 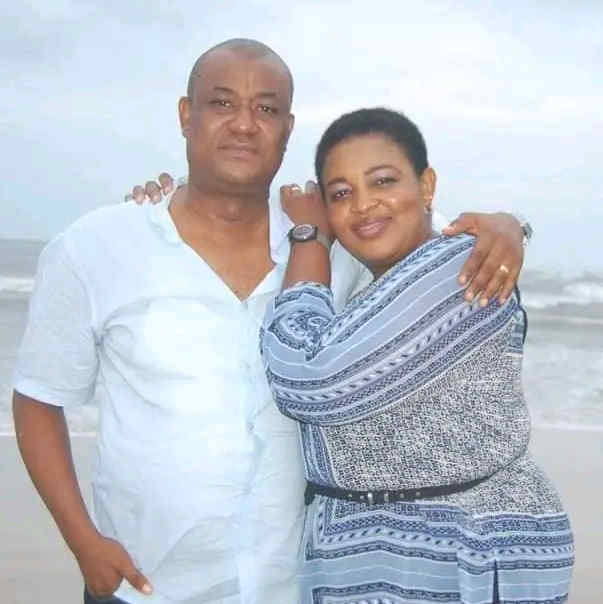 More facts have continued to emerge on how a lawyer and mother of three died in a crash while chasing her husband and an alleged side chick in Calabar last Sunday.

It was gathered that the deceased, Claret Opara Bassey has been married for over 10 years to Mr. Sunday Bassey.

That fateful Sunday, she reportedly got a call from one of her friends that her husband was sighted in a shopping mall with the alleged side chick.

She was said to have immediately taken one of their cars and headed to the mall. On reaching there, the husband was about to leave the premises of the shopping mall and inside his car with the sidekick identified as Laticia.

Upon sighting the wife, he hurriedly drove off with Laticia on the front seat, making the angry wife to go after them.

It was gathered the more the husband accelerated, the more the wife tried to catch up with the car until they got to the highway.

The husband was said to have decided to veer off from the highway to adjoining streets of the State Housing estate, forcing the wife to make a U-turn.

She was said to have lost control of the car and rammed into a tree, leaving her seriously injured and the car badly damaged.

Eyewitnesses said immediately he saw from the back mirror that the wife was involved in an accident, the husband made a u-turn.

The alleged side chick was reported to have dropped off and fled the scene while the husband rallied to rescue his wife.

The tearful husband was said to apologised to his wife who was in the pool of her blood.

“He was apologetic before the dying wife and pleaded that she should not die. He rushed the wife to Navy hospital in Calabar where she was reportedly confirmed dead,” an eyewitness told The Nation.

Friends of the couple informed they started dating during their university days.

One of them Queenofhearts Oyoyo said on the deceased’s Facebook page: “My friend is gone, Barr. Claret Bassey; you were intimidated, subdued, and abused until you gave up. I told you to focus on yourself and your kids. What happened that you didn’t call any of your bone friends as usual? I am broken to pieces.”

INEC Releases Final List Of Presidential Candidates For The 2023 Elections