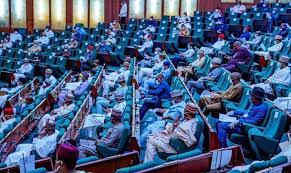 The Minister of Foreign Affairs, Geoffrey Onyema, has been summoned by the House of Representatives Committee on Foreign Affairs over his failure to defend the proposed amendment to the 2022 Appropriation Act.

Buba Yakubu, the chairman of the committee, summoned the minister on Wednesday in Abuja during the committee’s meeting.

He said the minister was invited to appear before the committee to explain why the ministry was asking for an amended budget for the ministry in the proposed amendment Appropriation Act which was sent to the House by President Muhammadu Buhari.

He cautioned the minister for failing to appear before the committee to defend its previous budget, adding that such would no longer be tolerated.

”In spite of the non appearance to defend its previous budget, the committee had allowed it to pass,” the lawmaker, said.

”it behoves on the minster to provide detailed explanations on its demand for amendment of the 2022 appropriation as it affects the Ministry.”

This, according to him, is in view of the fact that the committee had discovered in its scrutiny of the budget that funds were allocated to mission buildings and staff accommodation .

He added that where those embassies had in place adequate provisions and school fees, adding that supplements were provided where schools were free in public schools in English speaking host countries.

” There is need at this point to clearly state that all funds the Committee re-appropriated from such Sub-heads as rents and School fees/Education Supplements in the 2022 appropriations Act became necessary.

“This is because the Committee discovered that accommodation for office space and living quarters exist in places like Accra, Ghana, and other Missions where these funds had been allocated,” he said.

He said: ”it was against the law for the Ministry or anyone else to transfer and expend funds under one sub-head to another sub-head without virement or corrigendum.”

Sudan Sends Delegation To Russia For Talks On Cooperation