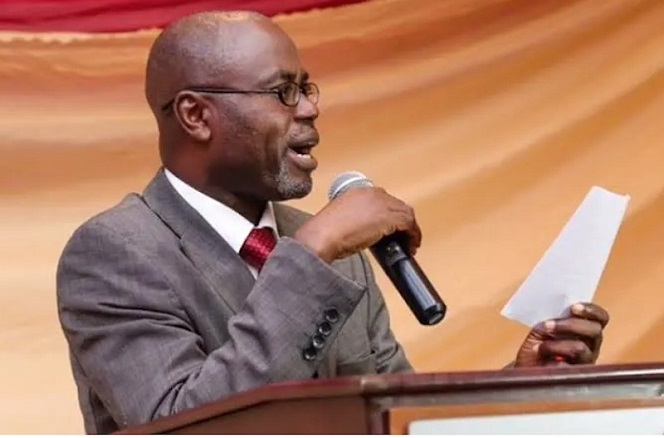 Professor Wahab Olasupo Egbewole (SAN) has been appointed the new Vice chancellor of University of Ilorin.

Egbewole is the 12th Vice Chancellor of the University.

The five-year tenure of the outgoing vice chancellor, Professor Sulyman Abdulkareem Age will come to an end on October 15.

Yazid stated that, “We advertised nationwide for applicants and also through our website.

“We eventually received some twenty-nine applications from these efforts and even before the returns were in, however, we mounted a special search process by which we reached out to no less than fifty-six people in universities and other institutions both at home and abroad.

“When the applications were received, the council constituted a selection board to assess and shortlist suitable candidates.

“In the end, we shortlisted thirteen canddiates who fulfilled our advertisement and other conditions. We interacted with them and processed their applications over a period of four days.

“We checked and double checked their credentials, we closely questioned and probed each of them to make sure that they would support and fulfil the vision and mission of the university.

“We specifically looked for candidates who would support and be sympathetic to the needs of our students, who would interface and work smoothly with other faculty members, who would be mindful of the needs and aspirations of our host community as well as the candidates who in our opinion would be truly concerned about the progress of the University and our responsibility to our Nation”.

He however added that, “I am glad to inform you that the council has after rigorous selection procedures, approved the appointment of Professor Wahab Olasupo Egbewole(SAN) as the 12th vice chancellor of University of Ilorin.

Professor Egbewole who is 61 years old holds a Ph.D in Law and Jurispeudence and has been with the University community for the past 25 years. In addition to being a reputable academic, he is also a Senior Advocate of Nigeria(SAN)”.