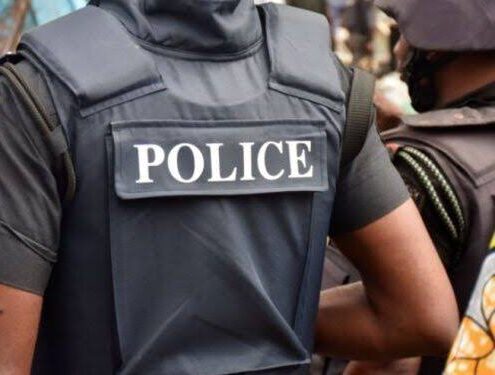 A Police Inspector, Martins Akwa, attached to Igando Division in Lagos State, who secretly went to the highway to perform stop and search duty at night, was brutalized after he was mistaken for a thief and beaten mercilessly.

According to reports, the incident happened at about 8.00 pm, on 11th September 2022, at Igando Bus Stop, where the victim, Akwa, went to perform duty.
It was not confirmed if he went there to perform an illegal duty or not before he was attacked, injured seriously and was rushed to an undisclosed hospital for treatment.

Three suspects behind the attack including a woman have been arrested. They included Favour Liberty, 33, Promise Sunday, 23 and the woman, Adaeze Ndubuisi, 20.

The arrested suspects have been charged before the Court for conspiracy and assault.

The Police alleged that they attacked Inspector Akwa by hitting him with fist blows all over his body and using a strong wood to hit his elbow, hand and leg, which caused him bodily injury before he was rescued.

However, they pleaded not guilty when they were arraigned.

The prosecutor, Inspector Simeon Njue, then asked the Court to give a date for hearing since they pleaded not guilty to enable the Police to prove that they actually committed the alleged offence.

The Presiding Magistrate, Mrs. A.K. Dosumu, granted them bail and adjourned the matter for mention. She then ordered the defendants to be remanded in custody pending when they will perfect their bail conditions.

Man Asks Court To Order Wife To Pay Him N1.6m As Compensation Before Granting Her Divorce