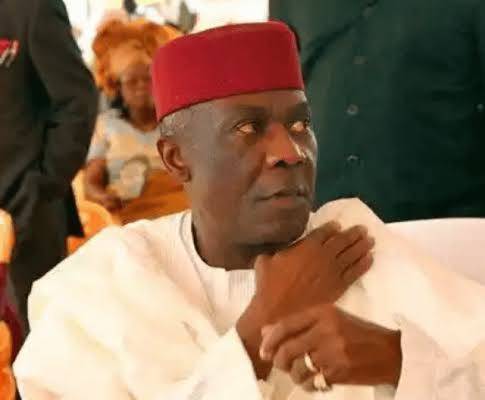 The lawmaker died on Sunday morning at age 83 after battling an undisclosed illness.

According to reports, preparation is ongoing by his family to make an official statement on the demise of the octogenarian and billionaire.

Arthur Nzeribe was elected a Senator to represent Orlu first in 1999 but in November 2002, the then-Senate President Anyim Pius Anyim suspended Nzeribe indefinitely over an allegation of N22 million fraud.

Also, in April 2006, the Orlu People’s Consultative Assembly, sponsored by the then Governor of Imo State, Achike Udenwa, staged what it called a “One million march” to drum support for Nzeribe’s recall from the Senate. Due to popular demand, in December 2006, Nzeribe was defeated by Osita Izunaso during the Peoples Democratic Party (PDP) primaries for the 2007 Senatorial election.