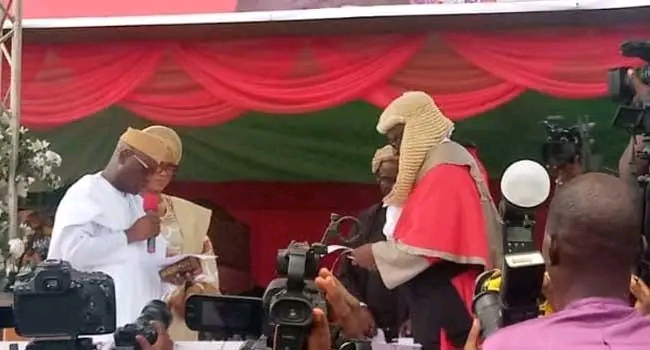 Clad in white agbada with a cream cap to match, he pledged to preserve, protect and defend as well as preserve the office as governor.