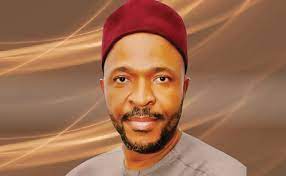 The Minister of State for Education, Chukwuemeka Nwajiuba, has said bringing every child on board the ship of education is a National priority, which every stakeholder must take seriously.

The Minister stated this at the National campaign on out-of-school children in Birnin Kebbi, Kebbi state.

He said no nation can make meaningful progress with a high number of its youths as illiterates.

According to the Minister, the high number of out-of-school children is inimical to the growth and development of any nation.

Nwajiuba maintained that the Federal Ministry of education is determined to ensure that all children of school age who are out of school are returned and retained to complete their Basic and secondary education and possibly transit to tertiary institutions.

The Minister called for synergy amongst stakeholders, especially communities where these children exist, to ensure that they are given the necessary support to achieve education.

Nwajiuba appealed to good spirited individuals and groups to take responsibility for the education of such children, especially the orphans who have no one to care for their educational needs.

The Minister also called on State governments to upscale their efforts in supporting the Federal Government in the task of educating these children, adding that education is a collective responsibility.

The Minister also expressed displeasure over the remaining 14 students, who were abducted at the Federal Government College, Birni Yauri, Kebbi State, saying: “My heart and soul are with all Nigerian Children who are still in captivity. I stand with the parents in this circumstance. Govt Will continue to do all it can to free our children who are being held for what they know nothing about.”

Speaking, Kebbi state Governor, Senator Abubakar Atiku Bagudu, represented by the Secretary to the State Government, said the state is fully committed to eradicating the out of School Children phenomenal.

He said Kebbi state has approximately 900,000 out-of-school children and from the inception of his administration, he has committed over N15.5 billion towards the construction of 552 classroom blocks, boreholes, toilets and furniture for the course of out of school children in the state.

“Through series of interventions, the governor said Kebbi state has put in place a number of strategies, including sensitization and massive enrollment drive as well as the provision of necessary and adequate infrastructure,” he said.

Earlier, Chairman of Kebbi State Universal Basic Education (SUBEB), Prof. Akpama Simon Ibor, indicated that Kebbi State is determined to bring back to school, over 500,000 out of school children within the next two years, adding that over 9000 facilitators are being engaged to handle the program.