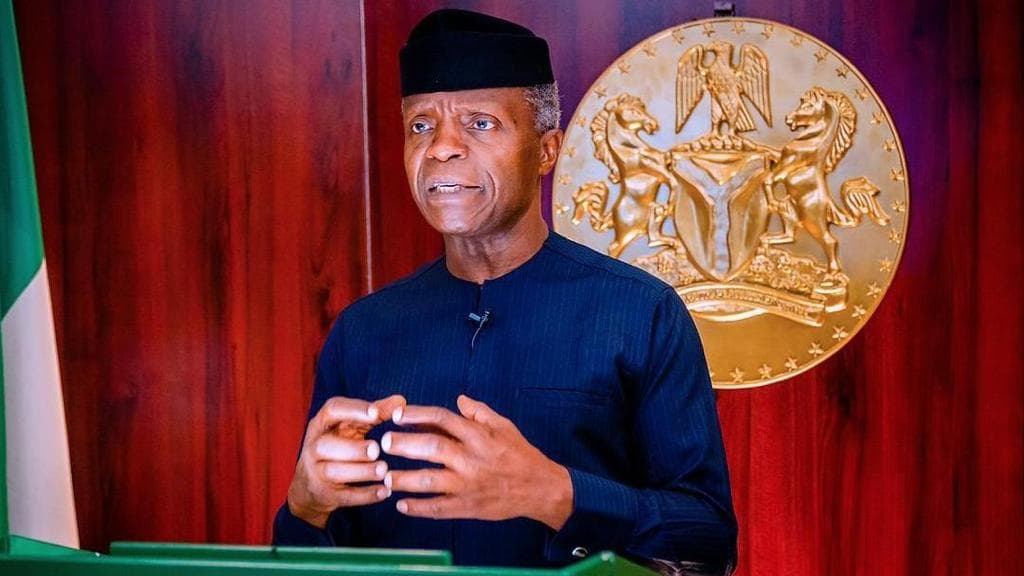 Vice President Yemi Osinbajo has said peace and security in Africa are not negotiable while stressing the urgent need to end wars and conflicts in the region.

Osinbajo stated this when the Board of African Peace Magazine (APM), led by its Chairman, Justice Suleiman Galadima (retd), paid him a courtesy visit at the Presidential Villa, Abuja.

The statement was made available, yesterday, by the magazine’s Managing Editor, Barakat Yakubu, in Abuja.

The vice president said every generation has its own challenge and that the current ones the country is facing would soon be a thing of the past.

He commended the APM management on the laudable achievements and developments made towards the promotion of peace in Nigeria and Africa as a whole.

He reassured the team he was willing and excited to support the peace project to put an end to the problem of insecurity, and that this would also aid the realisation of Nigeria’s full potential.

Speaking, the magazine’s board chairman thanked the vice president for his sacrifice for peace in Africa.

Corroborating, the Editor-in-Chief of the magazine, Noah Ajare, expressed his immense appreciation of the vice president’s active and impactful contributions towards the development of peace in Nigeria and Africa as a whole.

Ajare underscored his role in the peace process in Mali, the African Court on Human and People’s Right and his role in sustaining peace in ECOWAS region.

He also hailed Osinbajo’s exemplary leadership of various committees aimed at developing the Nigerian economy for prosperity, including the National Economic Council, Economic Sustainability Committee, the Steering Committee of the National Poverty Reduction with Growth Strategy, and the Presidential Enabling Business Environment Council.

Ajare, therefore, reiterated APM’s commitment to performing its strategic roles as peace maker, adviser to governments and regulators and diplomat, to support the peace project.

The highpoint of the event was the presentation of the African Peace Award for Exemplary Leadership to the vice president by the board Chairman, Galadima.