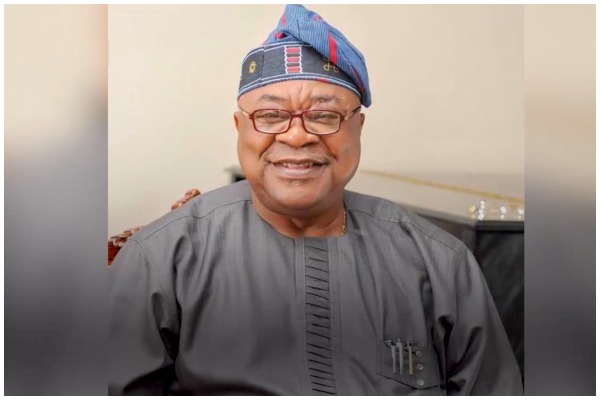 The Vice-President of Nigeria, Prof  Yemi Osinbajo, Gov. Seyi Makinde of Oyo State, were among the prominent Nigerians that attended the final burial ceremony of the late former Gov. Adebayo Alao-Akala, in Ogbomoso on Friday.

Notable among others present were Gov. Kayode Fayemi of Ekiti, Gov. Rotimi Akeredolu of Ondo State, while the Governors of Ogun and Kwara were represented by their deputies.

Osinbajo, in his address at the Beulah Baptist Church, Ogbomoso, described the late former governor as a man of uncommon generosity.

“There were many things that Chief Christopher Adebayo Alao-Akala did differently in office from Jan. 26, 2006 to December that same year and then, again from May 2007 to May 2011.

“He significantly improved the internally generated revenue of Oyo State from a small N300 million at that time to a billion naira in eight months of becoming governor,” he said.

The vice president said that the late former governor instituted impactful programmes and put in place security architecture to guarantee peace across the state.

He said that the late Alao-Akala tacitly demonstrated what was possible when creativity and compassion was combined.

“Since his transition in January, I have heard several great tributes.

“All of these tributes gave attestation to his uncommon generosity. He was indeed a very gentle and humane gentleman.

“He practiced politics with open mind. He was always respectful of the views and beliefs of others.

“The good people of Ogbomoso will miss the kindness, compassion and love of this revered leader,” he said.

In his remarks, Makinde promised that his administration would ensure that the late Alao-Akala was adequately honoured.

The governor said that a committee headed by his Chief of Staff, Segun Ogunwuyi, had been constituted to handle the immortalisation of the late Alao-Akala.

“My administration and this committee is open to advice from members of the public as soon as possible.

The remains of the late former governor were interred at a Mausoleum erected in his Opadoyin residence, Ogbomoso.

The event was attended by members of the National Assembly, political leaders from various parties and hosts of other prominent guests.(NAN)