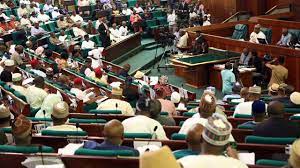 The House of Representatives is to investigate the alleged unfair recruitment process into the National Social Investment Trust Fund (NSITF) by the Ministry of Labour and Employment.

In a motion by Representative Ismail Tijani, he alleged undue favouritism for persons from one particular part of the country into the agency.

Tijani’s motion reads, “The House notes that the Nigeria Social Insurance Trust Fund (NSITF) is currently recruiting for positions at the management level.

“Concerned that only people from one particular part of the country are being recruited in the current exercise, which negates the principles of Federal Character

“Aware that the Minister of Labour and Productivity has been embroiled in a battle to control Ministries, Departments, and Agencies (MDAs), including the NSITF, and had been summoned by the National Assembly for the alleged misdemeanour in 2016 and 2021 respectively.

“Also aware that the summons was based on allegations of employment irregularities, impunity, and anomalies indicating gross abuse of office.

“Worried that the current recruitment process at the NSITF, which is alleged to be biased could negatively affect the promotion of hardworking staff of the organisation.”

According to the lawmaker, the House is worried that the Minister’s alleged reign of impunity across the ministries and agencies under his supervision has continued unabated despite engagements and interventions by the National assembly.

He stated that the parliament is “disturbed that the alleged undue favouritism in the ongoing recruitment exercise at the NSITF could prevent the country from deriving the maximum benefits from the MDAs.”

This is not the first time that the House would bring such allegations against the Minister of Labour, Dr Chris Ngige.