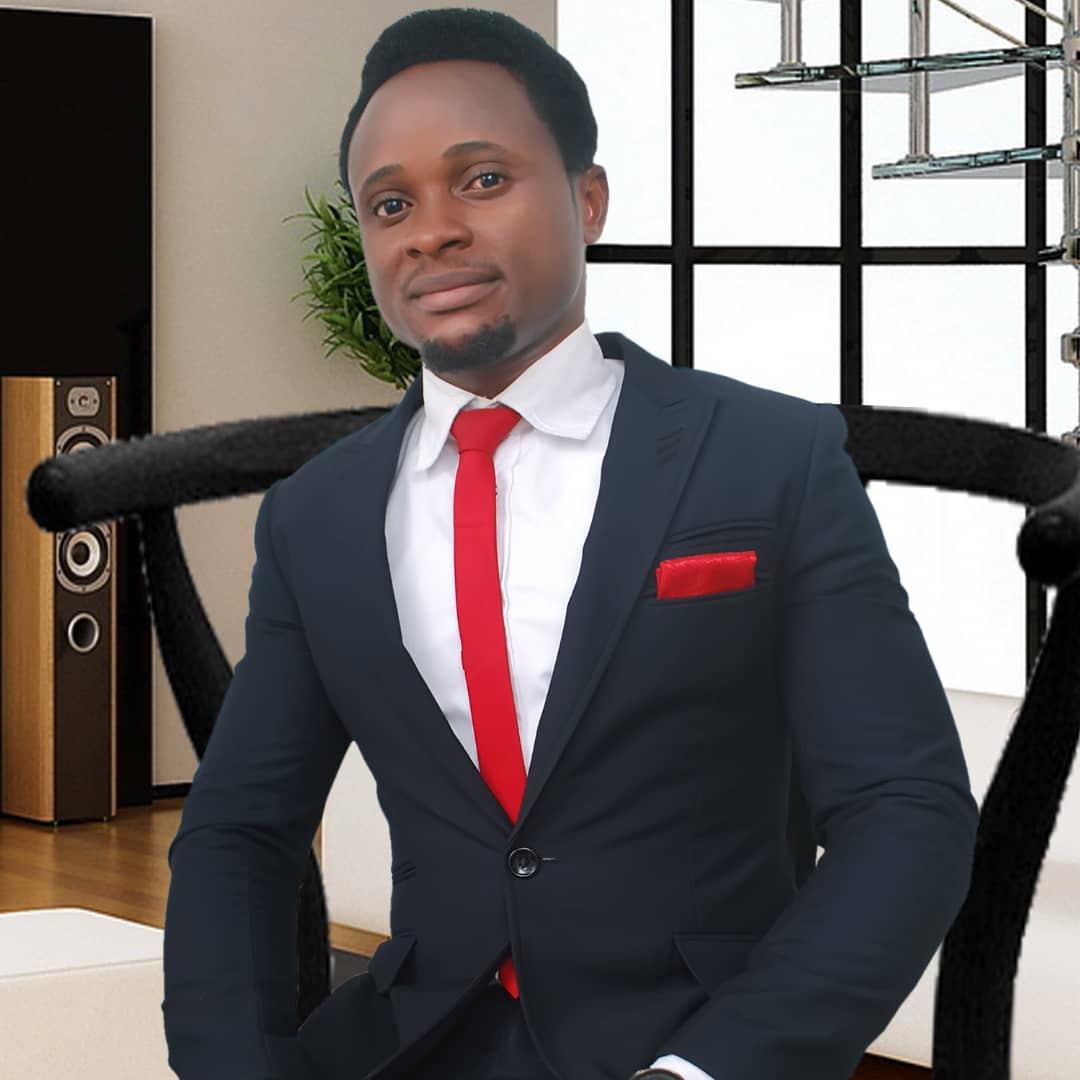 The definition of youth varies from one country to another. The United Nations defined a youth as a person between the ages of 15 and 24, while the African Youth Charter on the other hand, extends the age to 35.

Nigerian youths are the most energetic, resilient, vibrant, indefatigable and creative with the restless spirit and determination to excel in their various fields of endeavour.

Thus, the young men and women, by diligently exploring the technology world, have contributed immensely to job creation, revamping the economy and building related systems that have ultimately culminated in building a strong and virile economy and nation building by extension.

It is in recognition of the vital roles that youths play in nation building that this article serves as a wake up call and obligatory charge to Nigerian youths to massively step up and take over the wheels of governance at all levels in order to turn the wheel of the Nigeria State off the roads of decline and eventual collapse.

It is in this regard, that Kofi Annam, the former Secretary General of United Nations of blessed memory, underscored the importance of the 21st century youths in rapid national development under the heading: ‘LET THE YOUTH LEAD’.

According to him; “young people with their dynamism, their energy, and an inherent understanding of our interconnected world have much to teach us the old people.

Increased educational attainment, advances in technology and the spread of information have made the generation the best educated, most connected and most informed in history.

Young people are committed to finding solutions to some of our most enduring challenges, they show just how much young people have to offer if given the opportunity to step up and take on leadership roles.

When it comes to formulating innovative ideas and galvanizing actions, it is clear that we older generation have much to learn from young people.

I am therefore convinced more than ever that any society that does not succeed in tapping into the energy and creativity of its youth will be Left behind”.

In light of the foregoing, it has become evident that reason Nigeria is left behind in the comity of Nations is not farfetched. It is owing to the fact that the potentials of it youths are left untapped.

It is perturbing to note that Nigeria’s political landscape has been dominated by the older generation who have been in power right from their youthful days.

They have been perpetuating themselves in power and have consistently enacted laws that favour their crude self-interest and crass self-perpetuation as well as created constitutional barriers that will hamper the emergence of youths in the corridors of power.

A historical incursion into the ages of of our founding fathers in politics shows that they all started early to dominate the political scene.

Chief Samuel Ladoke Akintola succeeded Awo at the age of 36,

Sir Ahmadu Bello – Former Premier of the Northern Nigeria was 36,

Chief Anthony Enahoro – Who moved the first historic motion for Nigeria’s Independence in 1953 was 27,

General Murtala Muhammed – The former military Head of State was 28,

Only Dr. Nnamdi Azikiwe was 42.

It is worrisome to observe that General Muhammadu Buhari who was the Head of State at the age of 24 is still the president of Nigeria today as an octogenarian.

Of more worrisome is the fact that youths under the above mentioned age brackets today, are still under their parents awaiting the older generation to hand over power to them on a platter of gold.

Indeed, it is no longer news that Nigeria is bleeding as a result of continued national injustice, hardship, deprivation, marginalization, corruption, insecurity, unemployment, recycling of same old leaders, brain-drain and dearth of economic prosperity which are all inimical to our developmental aspirations.

This is also evident in the dwindling integrity and declining commitment in our country in all segments as materialism, greed, affluence and immoral lifestyle and the celebration of the culture of impunity characterize the political machinations of the old leaders.

This ugly trend is so worrisome as it has tarnished our international image, as Nigerians are treated with disdain abroad.

What is more, Nigerians have continued to decry the sustained endemic and systemic corruption, developmental relay race, backwardness and looting of our collective Commonwealth by selfish old leaders with monumental impunity with no end in sight. Hence, a change of political baton from the older generation to the younger ones has become imperative.

It is against such an unchecked ugly trends that youths involvement in governance becomes the only rescue package to our socio-political quagmire.

Thus, this article is a wake up call to Nigerian youths to wake up from their political slumber to salvage our darling country from these social maladies as well as the satanic gerontocratic hegemony rocking the nation from eon.

Against this backdrop, this article underscores the compelling need for Mass youth participation in politics in 2023 across all levels to ensure that our country is placed on the right footing, maintain national integration, guarantee patriotism and build a virile nation for all and sundry to relish.

It will not be out of place submit that the involvement of youths in the art of governance will in no doubt, herald a dawn of a new era of digital minds, 21s century tech-driven leaders, knowledge-driven firebrand leaders, service-oriented, nation-building- inclined and futuristic leaders in our county’s political annals and catalyze the dusk of the era of analog oldies, festival of monumental impunity, lack of accountability and fiscal profligacy in the management of our Nation’s resources.

On the whole, the need for an urgent youth rebirth should be our developmental launch pad and this has to be holistic in the whole approach as 2023 beckons. Therefore, the time is now to massively regroup and get actively involved in politics with radical vision and result-oriented mission.

In essence, analysts have often argued that after the United States of America, Nigeria comes first in human and natural resources in the world.

Therefore, there is no fundamental reason, why a country of such stupendous wealth and energetic youth populace should continue to experience the worsening form of human degradation through an unremorseful culture of primitive exploitation and accumulation of the country’s resources by the unscrupulous recycled degenerate generation of oldies who have vowed not to give the youths a chance in our political firmament.

Unarguably, it will not be out of place to say that if the youths can present a united front and massively occupy the political arena with unity of purpose, the dark days of unchecked protracted economic honeymoon in ours nation’s treasury by the recycled political cabals will be consigned into oblivion.

It is a public knowledge that our political grandfathers in our corridors of power have looted our collective patrimony for their children and generations yet unborn while the Nigeria youths had to contend with unprecedented harrowing economic condition as they scavenge for morsels of bread in the dustbin to eat for survival.

In fact, of more perturbing is the fact that these selfish oldies have turned Nigerian political arena into a theater of the absurd as a few recycled cabals flaunt their ill-gotten wealth like gallantry trophy before the eyes of the pauperized masses who struggle to eke out a living. Hence, the litany of National opprobrium is endless.

It is therefore, a call to action to Nigerian youths to change the ugly narrative of our nation’s dwindling fortunes which has degenerated from the sublime to the ridiculous with a philosophy of radical and positive transformation. Indeed, as a philosopher and an incurable believer in leadership capacity and untapped potentials of the 21st century Nigerian youths, I can state without any fear of rebuttal that mass youth involvement in the art of governance will bring about a dramatic political turnaround, as youths have always been in the vanguard for social change.

Therefore, I implore all Nigerians youths to take this as a Clarion call to us to occupy our rightful political space which we have unoccupied and write the obituary of the age long exasperating sight-tight-syndrome by old leaders and retire them perpetually.

Hence, what the devil is to Christians and Christianity is what the degenerate generation of recycled oldies represent to Nigeria and the future of Nigerian youths.

In conclusion, it is visible to the blind and audible to the deaf that Nigeria is more divided today more than ever under the watch of the oldies.

Ethnic Nationals have becomes psychologically exhausted and emotionally disillusioned in the continued corporate existence of Nigeria.

Therefore, we must come onboard to build a new Nigeria anchored on justice, equity and fairness, love, tolerance, togetherness, oneness, fellow-feeling, others-regarding, brotherhood, solidarity and camaraderie. We are not Canon folders. We are young leaders of today and not tomorrow any more.

To that end, the era has come to build the Nigerian bridge, not with bricks and mortar, but with the strongest material of wall, that is, the collective will to unite and regroup against the regime of the gerontocrats and take Nigeria to her El Dorado where there will be a level playing field for all to thrive irrespective of creed, tribe or political leaning.

Comrade ‘Nonso Emecheta is the South East Zonal Coordinator of the Not Too Young To Perform (NTYTP) Leadership Development Advocacy Movement.