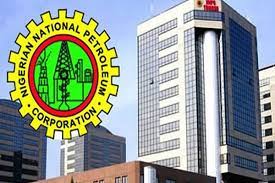 The Nigerian National Petroleum Company (NNPC) has apologised to Nigerians for the importation of toxic Premium Motor Spirit (PMS), popularly known as petrol, into the country.

It also regretted the damage done to the vehicles of motorists by the toxic petrol, and the resulting scarcity and long queues at filling stations in various parts of the country.

NNPC Group Managing Director (GMD), Mele Kyari, tendered the apology on Wednesday during an interaction with the House of Representatives ad-hoc committee investigating the circumstances surrounding the importation of the adulterated fuel into the country.

He stressed that the company was not aware of the presence of methanol in the imported fuel and has taken measures to manage the situation.

Kyari explained that the loading terminal from where the toxic petrol was brought into the country has been supplying gasoline for a very long time, as it was a major terminal supplying fuel not only to West Africa but many countries in Europe.

He assured Nigerians that about 2.1 billion litres of the product would have been injected into the system before the end of the month.

The NNPC chief asked them to avoid panic-buying of fuel, saying the distribution of the product would normalise in the weeks ahead.

Kyari appeared before the lawmakers amid growing concerns over fuel scarcity which has worsened in Abuja, Lagos, and some parts of the country where hundreds of motorists were left stranded on long fuel queues.

As part of measures to address the situation, the company directed all its depots and outlets to begin 24 hours operations across the country.

Adeyemi said the company has constituted a monitoring team with the support of the authority and other security agencies to ensure the smooth distribution of petrol nationwide.